Juncker has accused the EU in the “blatant hypocrisy”

MOSCOW, 30 Jul — RIA Novosti. The leaders of the countries of the European Union show the hypocrisy in the issue of strengthening the protection of external borders, said the head of the European Commission Jean-Claude Juncker in an interview with the newspaper Welt am Sonntag. 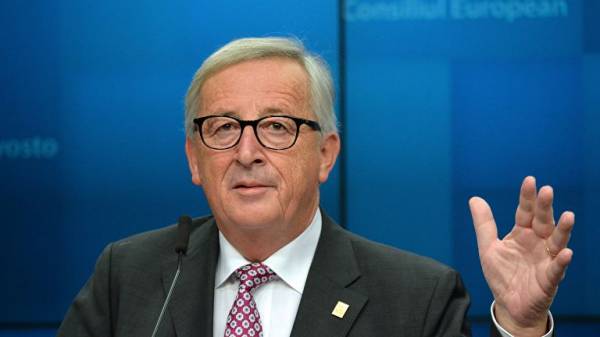 He noted that for more than two years, all the heads of States and governments of EU member States call for better border security. While recently some of the participating countries talked about the fact that the increase in border population could have a negative impact on national sovereignty.

“We are told that everything is developing too fast, and the numbers are too high. This is blatant hypocrisy,” said Juncker.

According to him, the European leaders all the time criticize the lack of protection of borders of the Union, but do not want to assume the related obligations.

“So Europe can not function. We must act quickly to be prepared and to the EU’s external borders was really under control. Interested member States should put aside their reservations and quickly to adopt the proposal on the protection of external borders” — quoted by Welt am Sonntag, Juncker.

In September, the Brussels endorsed a proposal to strengthen the European Agency for border and coastal security (Frontex). By 2020 it is planned to make available to Frontex has been a permanent reserve contingent of up to 10 thousand people.

European border and coast guard has been functioning since October of 2016, includes the Agency for management of EU external borders — Frontex with extended powers, as well as the national structures of member countries of the EU, responsible for border control.