KRASNOYARSK, Dec 29 — RIA Novosti. Arsenic in the water supply of the village Priiskovaya in Zabaykalsky Krai could appear for natural reasons due to the proximity of the gold fields, told RIA Novosti the regional management of Rospotrebnadzora. 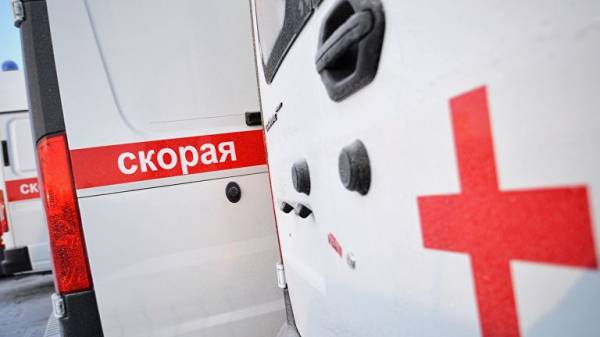 Previously, the government Nerchinsk district of Transbaikal region reported that in the village Priiskovaya due to the discovery in one of the wells of impurities of arsenic on the basis of the submission of the prosecution introduced a state of emergency. Water is considered a threat in one of the wells, which is used by a hundred people. Only village is home to about 800 people, and has other well and organized water supply. The emergency mode may last until the end of January, when will the results of the additional analyses on a new sample of water. Investigators of regional management of SK carried out a preliminary examination.

“We believe that this natural substance. Gold deposits are accompanied by the release of arsenic,” — said the Agency interlocutor.

Earlier in Nerchinsk Central hospital, RIA Novosti reported that chronic intoxication with arsenic was detected in six residents, including two children. Similar symptoms detected in 24 people, but the diagnosis is not confirmed.

Read also: the Ministry of health explained, would not have to pay patients