The pupils of the Perm children’s homes, wrote letters to Santa Claus, in which he asked for shoes from Gucci and speakers JBL. It is reported by Fashion United. 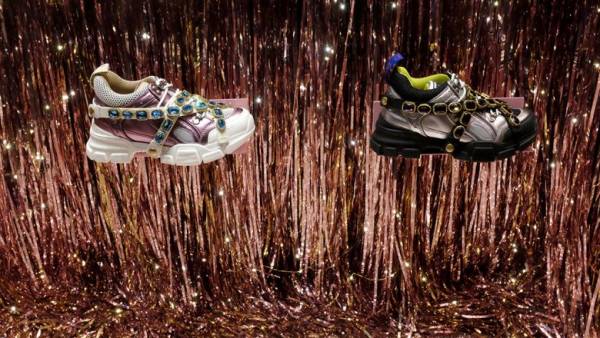 According to the Director of the Perm charitable Foundation “Cradle of hope” Elena Kotova, letters to Santa Claus, which she read, the children asked for expensive gifts: clothes brands Gucci, Nike, Reebok and others. She concluded that children from orphanages are difficult to please because they only like branded clothing.

Kotova even tried to pick up a gift at the request of children on the Internet, and the price was not lower than 23 thousand rubles.

“Children want what I ask other moms and dads trendy clothes and shoes, skis, gadgets,” — commented the situation the head of the Fund “Dedmoroz” Dmitry Zhebelev. In his opinion, to receive a gift of expensive shoes — not a luxury but a chance for the orphans to believe in the existence of good people in the world.

Letters of wishes are published on the website of the Fund “Dedmoroz”. Perm residents can go in there and fulfill every child’s desire.

In September, the fashion designer and the creative Director of French fashion house Chanel, Karl Lagerfeld sent to the Russian rapper Timati plastic green bear from his personal collection. The musician said that plastic bear is not a toy for children, and a work of art that exhibit at most major auctions.

See also: Singer Jasmine amused the request of the sons of Santa Claus