Ministry of defense: an Airstrike by the Israeli air force created a direct threat to civilian aircraft

The Ministry of defense of Russia told about the latest provocative actions by the Israeli pilots. According to the official representative of the defense Ministry major General Igor Konashenkov, 25 December, in the evening six aircraft of the Israeli air force, while in the airspace of Lebanon, caused an air strike on Syria. Thereby creating, a noted Russian military, a direct threat to the two passenger Airliners. The fact that the Israeli air force attack occurred at the moment when landing at the airports of Beirut and Damascus were two of the aircraft of civil aviation. 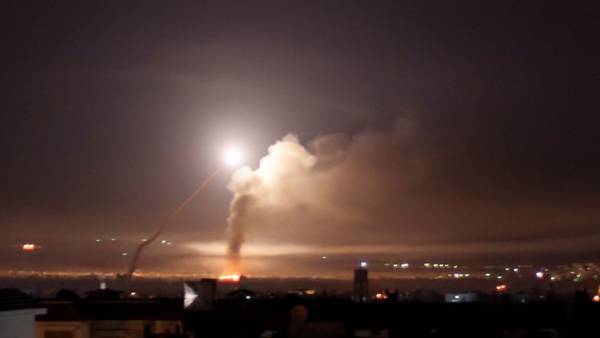 General Konashenkov said that were in the area at risk were Russian airlines.

Fortunately, the air traffic controllers in Damascus managed to steal a passenger plane from the zone of fire of air defense and direct it to the alternate Hamim. The defense Ministry stressed that to prevent a tragedy of the Syrian military has placed limits on the use of air defense and electronic warfare.

According to the Russian military, the Israeli air force dropped 16 guided air bombs GBU-39. 14 of them were destroyed by air defense Syrian government forces. The remaining two bombs fell on the territory of the logistics center 138 brigade of the Syrian army that is stationed seven kilometers West of the Syrian capital. In the end, three Syrian soldiers were injured. The fire was quickly contained by local firefighters.

We will remind, the aircraft of electronic warfare and reconnaissance Il-20 of Russian air force on 17 September this year when landing on the airfield Hamim was shot down by s-200 air defense of Syria. The Russian military later said that the fault for the tragedy “fully” lying on the Israeli air force. It was noted that the bombed Syrian province of Latakia, four Israeli F-16 simply to cover our plane as a shield. The rocket complex With-200 was intended for one of the fighters, but he maneuvred, and she got in a Russian Il-20. In addition, the Israeli military warned about their action in advance and did it in one minute before the start of combat operations.