The former head of “Rosalkogolregulirovanie” declared in the international search

Moscow. 25 Dec. INTERFAX.RU — Basmanny court of Moscow on Tuesday will consider the petition of the investigator about the arrest in absentia of the former head of the Federal service for alcohol market regulation (Rosalkogolregulirovanie) Igor Juana, accused of abuse of power. 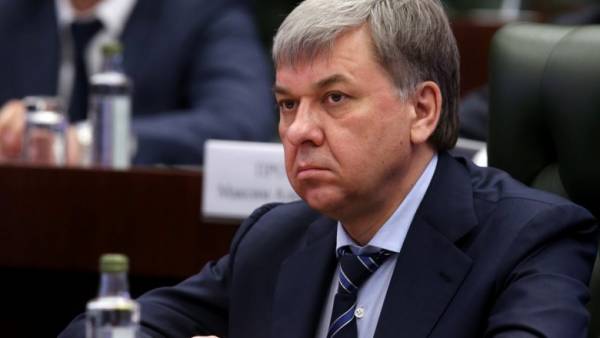 “The meeting to consider the request of the investigator about the election in respect of Choana of a measure of restraint in form of detention in absentia, will be held today at 16:00 Moscow time”, — said the “Interfax” press Secretary of the court Juno Tsarev.

According to her, Chuyan in absentia charged under part 3 of article 33 and part 2 of article 201 of the criminal code (Organization of abuse of authority, which entailed grave consequences). He declared in the international search.

The court did not specify the nature of the charges, however, according to some media reports, we are talking about allegedly organized by Chuyan fraud in the alcohol market.

In July of this year, it was reported that Chuyan left the post at own will. He worked as the head of Federal alcohol market regulatory service since the inception of the service in late 2008. His place was taken by the General Director FKP “sojuzplodoimport” Igor Alyoshin.