The decision is a reaction to the increase in the retirement age, he said. 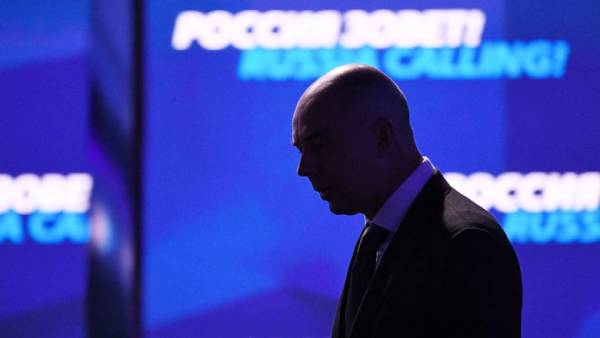 Presentation and public discussion of the new funded pension system, individual pension capital (IPK) — had to be postponed due to the reaction to increase the retirement age, said the first Vice Premier, Finance Minister Anton Siluanov.

“The issue with IPK is also put on hold due to the fact that it is very hard was the pension change. I hope that now the passions subside, the situation is now undecided, we’ve made many steps forward on the pension changes and softened in many ways, the proposals that were initially formulated by the government”, — he said (quoted by “Interfax”).

The plan to launch of the CRP in 2020 is realistic, the Minister said:

It seems to me that the sooner we get into the system, the better it will be. It’s almost a voluntary system, and the first year of entry does not affect the participants willing to engage in this system, zero deductions from wages.

The decision when to introduce a bill on PKI, the government has not yet made, said Siluanov. But the Ministry of Finance to “start low and ready at any moment to make [the document] to discuss,” he added.

According to the Minister, a PKI does not affect the interests of pensioners, it is working Russians. In the version developed by the Cabinet, it is assumed that the money people “are not going to centralize, will accumulate and can be used for certain purposes during the period of employment, is money that can be inherited,” he said. “This money will work for the same people, which they have accumulated. Is the accounting, control and, most importantly, safety,” — said the first Deputy Prime Minister.

That public discussion of the system of IPK postponed because of society’s reaction to the proposal to raise the retirement age, told me in September, the sources “Interfax” have confirmed the sources of “Vedomosti”. Initially, the Finance Ministry expected to start the system in 2019