Andrei Ravkov: location of the US base in Poland — a military threat

The Minister of defense of Belarus Andrei Ravkov told in an interview to RIA Novosti on the supply of Russian aircraft to the Republic, that could undermine the unity of NATO and how Russia and Belarus would work together to fight the sources of a military threat. 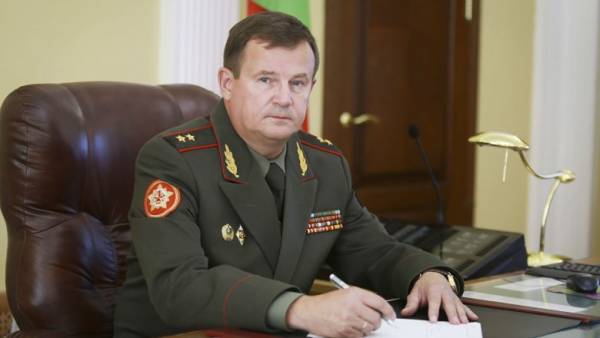 — Has asked Russia to Belarus on the question of extending the terms of the lease two military bases on the territory of the Republic? When it is expected to reach a final solution to this issue?

According to the intergovernmental agreements concluded by the Republic of Belarus and the Russian Federation on 6 January 1995, in the territory of Belarus there are two Russian military companies: the radio station “Baranavichy” and radio “Kazan”. It is worth noting that these objects are not endowed with the status of military bases.

The intergovernmental agreement on the radio station “Baranavichy” and radio stations “Los Angeles” came into force on 7 June 1996 and expire June 6, 2021. Official appeals on the issue of extending the terms of agreements in the Ministry of defence has not yet been reported, however, this issue was discussed in consultations. Given the validity of the agreements, the question of their extension is likely to decide in the next year, the activities provided by the bilateral military cooperation plan for 2019.