What sanctions threaten Russia in 2019. 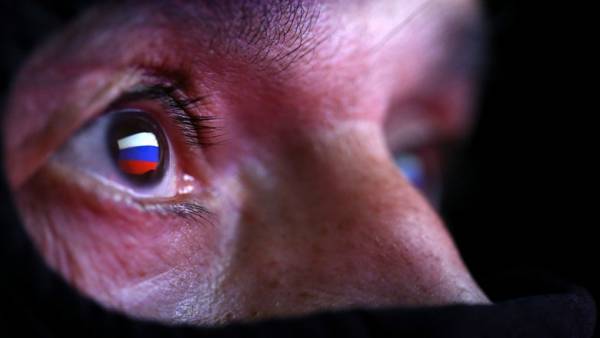 Experts of the Russian international Affairs Council (RIAC) has issued a report on sanctions against Russia, analyzed the results of 2018 and making a forecast for 2019. The document says that the sanctions pressure on Russia will grow. The extent of this pressure will depend on a number of political and legal factors, which are analysed in the report.

Report on sanctions prepared by RIAC program Director Ivan Timofeev and expert Council Vladimir Morozov. Noting that 2018 was “in the mode of escalation of sanctions against Russia,” they said, “In 2019, the pressure on Russia will increase”.

We characterize the underlying trend as zamovlennya and the reproduction of sanctions in force on the accumulated framework, extremely low probability of the permission of political conflicts and high sensitivity to provocative actions and events.

According to them, in the current situation of the local and peripheral crises can have disproportionate consequences.

Experts say that by 2018 the policy of sanctions against Russia have gained a few important trends:

Sanctions against Russia are multi-speed mode. Increases the gap policy of the USA and the EU against Russia. The US has witnessed an exponential escalation of anti-Russian sanctions. EU — consistent implementation of the earlier decisions on the “Ukrainian package” with a limited capacity of sanctions.

The sanctions have a direct or indirect impact on partners of Russia, such as China, India and others. We observed different approaches of governments and private companies to sanctions against Russia in the partner countries: governments criticized the sanctions, while private business is forced to adapt to the sanctions regime the US and in General to execute it.

The Russian government is taking steps to adapt to the sanctions. There are also possibilities for work in the Russian market by foreign companies, creating new mechanisms for international economic relations in circumvention of sanctions, counter-sanctions are used point. However, the prevention impact of sanctions on Russia remains extremely challenging due to the significant asymmetry of economic potentials in comparison with the countries—initiators of the sanctions, and the US dominance in the global financial system.

Increasing the pressure of us sanctions on other countries. Among the key indicators — the US withdrawal from the Iranian nuclear deal and the renewal of sanctions against Tehran. Against this background, delineated the differences between the US and the EU. Brussels takes action to protect businesses from EU countries, as well as considering long-term solutions to improve the role of the Euro in the global calculations.

The nuclear deal with Ираном22 nabramova regrets that SWIFT cut off of Iran from системы9 naaranzovane benefit Russia from US sanctions against Ирана5 ноябряReuters: SWIFT disables several banks of Iran from access to their system

Major international business remains committed to the requirements of the U.S. regulators and the sanctions of U.S. law regardless of the country of origin of the business and political positions of national governments.

In the hands of the United States remains a powerful lever of influence on the business through the use of sanctions.

Nwill rastaet political uncertainty, which exacerbated the crisis. They generate new sanctions, especially in cases of low effectiveness of diplomacy and limited opportunities for the use of military force. “The fact Skrypalia”, the use of chemical weapons in Syria, the situation around the “intervention in election” and the incident in the Azov sea show vulnerability to local crises and generate “automaticity” of sanctions policy.

The use of sanctions against Russia in 2019, as stated in the report, will depend on a number of political and legal factors. Among the policy:

The situation in Ukraine, the risks of escalation of the conflict in the Donbass, provocation in the Azov and Black seas, on the borders of the Crimea. The baseline forecast in Ukraine to 2019 implies a decline in stability in the Donbass, the deterioration of relations with Kiev, the further degradation of the Minsk agreements. According to experts, increased the probability of a sharp aggravation of the situation because of incidents and provocations of a military nature. Sectoral sanctions against Russia on the “Ukrainian package” in 2019 will continue. With the gradual deterioration of Russian-Ukrainian relations, the extension of sanctions will affect only the list of Russian individuals and legal entities.

The Middle East. Main risks as follows from the review connected with the situation in Syria and the possibility of provocations with the use of chemical weapons. However, a baseline forecast is that the Syrian issue will not lead to a radical strengthening of sanctions against Russia. Their capacity may be limited to single measures by the US against some Russian individuals and legal entities.

The political situation in the US and the EU. Baseline forecast of experts of RIAC is that, despite a General reduction in the severity of the topic of intervention in 2019, it is with the “delay” will be reflected in the legislation with the prospect of a serious escalation of sanctions up to new sectoral restrictions. Experts expect the new restrictions by the U.S. against the energy and financial sectors. The introduction of such restrictions would facilitate discussion on the possible impeachment of the incumbent President and the start of the election campaign at the end of 2019.

The EU factor “Russian intervention” will be of a less critical nature. Baseline forecast of experts: conservation themes in the information field in the absence of significant new sanctions on the subject.