The South China sea, Ukraine, the Persian Gulf and the Korean Peninsula — the hottest regions of the world in 2019. In them, according to the American Professor at the army war College, USA Robert Farley, could start the Third world war, according to the December 22 The National Interest. 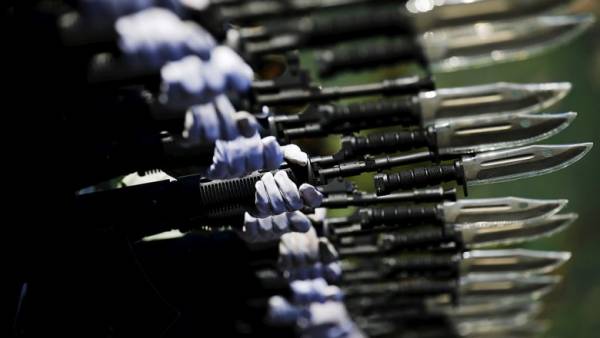 Likely opponents in the South China sea Farley was named Washington and Beijing. He noted that currently, countries are engaged in a trade war, but the situation may deteriorate.

Regarding Ukraine, the Professor noted that the situation in the region aggravated the incident in the Kerch Strait, which led to increased tension between Russia and Western countries.

The most problematic countries in the Persian Gulf Farley named Iran, Syria, and Yemen. Any instability in this part of the world can lead to conflict between the US, China and Russia.

In relation to the Korean Peninsula, the expert noted that relations between American and North Korean leaders has improved recently. But this phenomenon is so fragile, that could change at any time.

Ukrainian defense Minister Stepan Poltorak during a meeting with British Secretary of state for defence Gavin Williamson December 21, said that in January the country will arrive group of the naval forces of great Britain. His colleague — Deputy Minister of Ukraine on the temporarily occupied territories Yury Grymchak — on the same day, offered to send a ship of the Royal Navy in the Kerch Strait.