MOSCOW, Dec 22 — RIA Novosti. Those who argue about the intervention of Russia, Iran and China in the US election in 2018 and put the American people is a joke, wrote the official representative of Russian foreign Ministry Maria Zakharova in his account in Facebook. 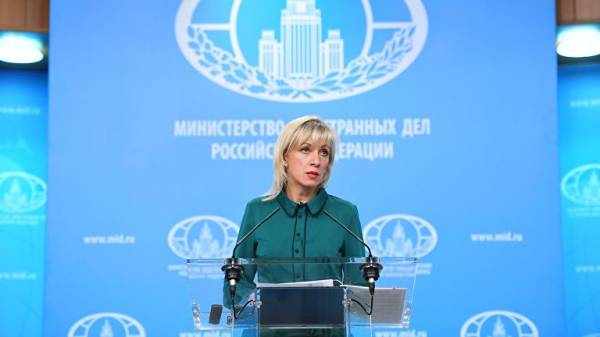 As reported in a special statement, the Director of national intelligence Daniel Coates, the intelligence Agency believes that Russia, China and Iran intervened in the US elections in 2018. Intelligence has prepared a report on the intervention in the elections, which will be submitted to the Department of homeland security and the attorney General of the United States. If they confirm the report’s conclusions, this will trigger automatic sanctions against Russia, China and Iran according to the law “On combating the enemies of America through sanctions”.

World laughingstock expose the American people to those who have the opportunity to influence such decisions. Such methods United States soon will be “great again”, as but contempt and disgust that the behavior of the masters of the world did not cause.Maria Saharanafrican the representative of the Russian foreign Ministry

In the past, Russia has repeatedly denied accusations about U.S. interference in the elections.