Flow in the Mariana trench was four times more than expected

The Mariana trench is located at the junction of two tectonic plates: the Pacific and Philippine. The Pacific plate is slowly moving towards Asia and dives under the Philippine, going deeper into the underlying layer of the mantle. Together with a plate and carries the water, but the exact number of leaking inside the planet of the liquid remained unclear. The work of researchers, employees of the University of Washington and stony brook University in new York, helped to determine the amount of “Mariana leaks”. 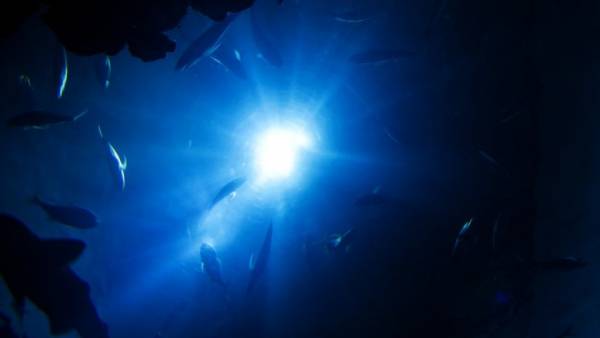 To get a picture of what is happening at depths of tens of kilometers below the deepest depression, the scientists have placed on the bottom of the ocean 19 seismometers, and seven other similar devices placed on the Islands; together, they recorded the seismic waves propagating inside the planet.

sea Monster: who is found in Antarctic waters

Seismic waves occur as in earthquakes, and in various background processes, not accompanied by significant tremors. Their proliferation is a standard method to study the internal structure of the planet more than a hundred years: it is due to the reflection of waves radiating from the earthquake in 1897, the German scholar Johann Wichert found the core of the Earth, and in our days, “tapping and listening” of the subsoil is commonly used to search for oil. Similarly now, geologists have been able to get much better data about the structure of the underlying layers and to evaluate the water content entrained into the mantle parts of the crust.

As it turned out, the previous study gave a figure about four times less than shown by a new study.

The revised estimate looks like this: 94±17 teragrams per running meter per million years — in more familiar units, this will provide from 77 to 111 tons per meter of fracture per year.

By the standards of the planet as a whole, this outflow of water from the ocean is negligible, but the ingress of water into the deep mantle does not go unnoticed. Water, even though chemically associated with rocks, then have to come to the surface — and this means that it somehow is composed spewing volcanoes substances. A more precise understanding of geological processes in the locations where oceanic crust slowly sinks to tens of kilometers can contribute to the understanding of the global water cycle. And possibly volcanic activity.