Russian “Internet trolls” accused of discrediting the investigations of Muller

Their most powerful weapon experts called post to Instagram, where Mueller accused of working with “radical Islamic groups”. 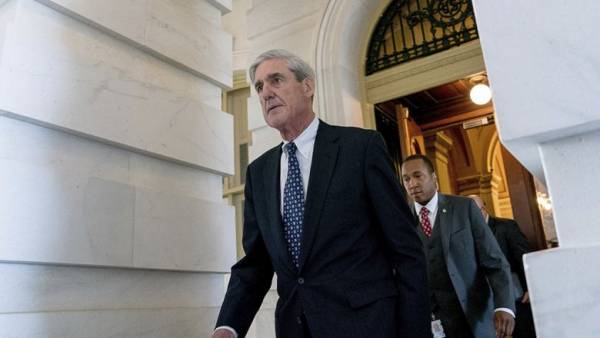 Russian “Internet trolls” trying to discredit the work of the Commission the former Director of the FBI Robert Swan of Muller investigating Moscow’s intervention in the American elections of 2016, in order to neutralize the biggest threat for the US President Donald trump. It was used to create fake accounts in social networks through which to spread information about corruption in the Commission, writes the Washington Post, citing presented to the Senate the reports of the two expert groups.

The authors of the reports indicate that after trump won the election and became the President of the United States, the Russian “Internet trolls” moved to neutralize the biggest threat to his tenure in the White house. We are talking about the activities of the Commission responsible for investigating on attributed to Russian intervention in elections in 2016. In their opinion, using fake accounts on Facebook and Twitter, the hackers distributed the information that Robert Mueller was involved in corruption, and his Commission engaged in “crazy conspiracies”. In one post in Instagram, which has become a particularly potent weapon in the Russian Arsenal of social networks, it was argued that the head of the Commission worked in the past with “radical Islamic groups,” reads one of the reports.

As the Washington Post reported the reports describing the campaign of the Russian “trolls” with panache and detail, which “did not exist before”. According to the publication, the researchers analyzed over 10 million posts and messages on each major social media platform, to understand how the Russians used American technology to create a global online disinformation machine.

The reports also highlighted the complexity of the struggle with the Russian “trolls”, as they can be easily moved from platform to platform, which makes the process of detection and removal of misleading messages impossible for any company alone.

Experts at Oxford University and the company Graphika came to the conclusion that they were able to find evidence of Russian interference in the elections. The report argues that payment of advertising accounts in some cases were used rubles, and contact information allegedly residents of the United States was discovered by the Russian phone numbers.

The U.S. justice Department on February 16 officially charged with 13 Russian citizens and three organizations of meddling in the presidential election in 2016. In the list, later called “Muller’s list”, and got the staff “of the Agency’s Internet research”, better known in Western media as “Kremlin Troll factory”. Russian President Vladimir Putin later said that Russia will never be extradited to the United States people from a list of Muller, and he has no idea, what did the citizens whom the US accuses of meddling in the 2016 elections.

Investigation about the possibility of Moscow’s intervention in the American elections, and also about alleged ties trump with Russia that contradict the White house and the Kremlin, for more than a year leads spectracolor USA Robert Mueller. A parallel investigation led by the Committee on intelligence of the house of representatives and the U.S. Senate. Moscow denies accusations of interference, calling them unsubstantiated. Press Secretary of the President of Russia Dmitry Peskov called these accusations “completely unfounded”.