Polanski has criticized the UN resolution on the militarization of Crimea

Deputy permanent representative of Russia to the UN Dmitry Polyanskiy expressed his regret that the General Assembly adopted the proposal of Ukraine resolution on the militarization of the Crimea. 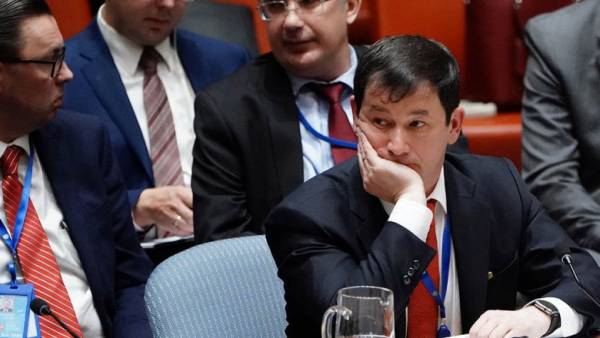 Statement Polanski published in the Twitter the Russian mission to the UN.

Deputy permanent representative stressed that Russia “regrets” the result of the vote on the resolution. He also expressed the opinion that the group of countries participating in the UN, “mostly from NATO and the European Union”, thus “encourages” the Ukraine to new “crimes and provocations”. Polanski also noticed that the Ukrainian side may commit unlawful acts because of “political ambitions” of the West.

Earlier it became known that the UN General Assembly adopted a resolution on Ukraine’s militarization of the Crimea. It was noted that the document was supported by 66 countries, 19 voted against and 72 abstained state.