The United States plan in the next two months to put Ukraine weapons, said the Representative of state Department of Ukraine with Kurt Volker. He added that discussions on the supply of arms will go on until Ukraine has a need for them. 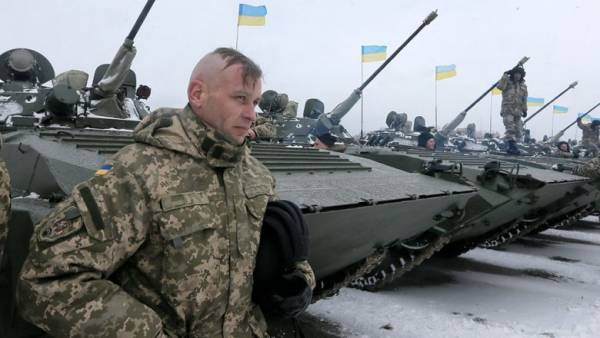 “We have the opportunity to sell additional (military.— “B”) equipment. Congress will be notified in the next couple of months on the first tranches”, — he said at a briefing in Brussels (quoted by TASS). The special representative also added that the decision will be published ads.

Speaking about the incident in the Kerch Strait, the special representative announced that the United States is considering increasing its presence in the Black sea and the introduction of new anti-Russian sanctions. “I believe that there are things that we need to pay attention to increase the presence in the Black sea on a bilateral basis or with the assistance of the EU,” he said, noting that Turkey is playing “a vital role”, as a US ally. “We also want to work with Turkey on security in the Black sea and freedom of navigation”, he added (quoted by “RIA Novosti”).

The conflict between Russia and Ukraine in the Kerch проливе21:10 (GMT)Groisman said that Ukraine is not planning provocations on the borders with Россией18:54 (GMT)Walker predicted new sanctions of the West against Russia over the Kerch инцидента17:10 (GMT)the EU has declared its readiness to strengthen support for Ukraine in 2019

After the incident in the Kerch Strait where on November 25 Russian border guards detained three Ukrainian ship, the relations between Russia and Ukraine escalated. In response to the detention and subsequent arrest of sailors Kiev introduced in 10 regions of the country, martial law and banned the entry of Russian men aged from 16 to 60 years. Russia called the incident in the Kerch Strait provocation.

Read more in the publication “Kommersant” “the War with Ukraine, we will not, I promise you.”