The head of the Fund “Faith,” asked Putin to facilitate access to painkillers 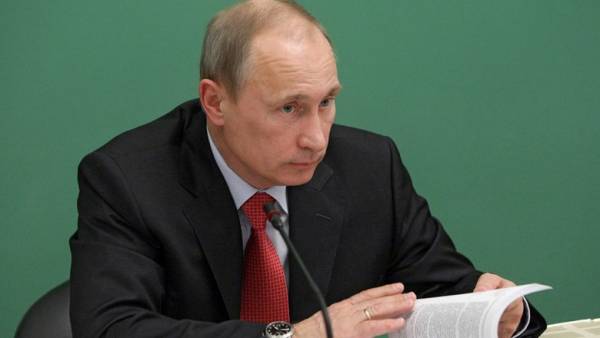 “You repeatedly put questions sensitive enough… there are very sensitive issues, for example, the problem of drugs painkillers for children. Several other questions were put. Let’s talk about that, do you think that you need extra attention,” said Putin at a meeting with Federmesser.

She began with a discussion of the availability of painkillers.

According to her, the money is allocated, there is treatment, but doctors do not prescribe medications. “Pain relief is not granted, not because it’s not in the pharmacy,” she said.

As explained Federmesser, doctors do not prescribe these drugs, and among the reasons is 228.2 of the criminal code (illegal acquisition, storage, transportation, manufacturing narcotic drugs, psychotropic substances and plants that contain them). “This article is a terrible thing for doctors, because any mistake… is a crime,” she said.

Federmesser believes that the decriminalization of this article will help to cope with the problem. “It would be a shock,” she said.

In addition, now, in her words, do not separate the concept of propaganda and public awareness about pain relief.

Among other problems Federmesser called the lack of standards and protocols for palliative care that are still being developed.

Putin meeting with Federmesser said that he wanted to visit the hospice in Warsaw, but can’t because of the weather, so I asked to go there, Deputy Prime Minister and first Deputy head of the administration.

The founder of the Foundation said that the hospice has already done a lot.

“There’s still a lot to do. I, unfortunately, can’t get in there because of the weather, but I know the situation. There I was asked to go (Tatiana) and Golikov (Sergei) Kiriyenko,” — said Putin. Kiriyenko, in his turn, said that he would go there by car immediately after this meeting and will carry with themselves gifts from the President.

Recently the Minister of health of Russia Veronika Skvortsova said that all Russians will be able to get analgesia, including narcotics, is prescribed in the new bill on palliative care.

“The government has approved a new bill on palliative care, amending the law on fundamentals of protection of health. He introduced in the Duma. It stipulates the right of everyone to the anesthesia, including all possible means — potent, narcotic drugs”, — said Skvortsova, speaking on 8 December at the Congress of “United Russia”.

According to her, the bill also deals with the possibility of palliative care in hospital, ambulatory, at home, provided by an integrated approach with social care, social support and psychological help.