MOSCOW, 13 Dec — RIA Novosti. Egyptian scientists have found in the South of the country record a large cemetery, not plundered by tomb robbers, whose territory had been buried for more than fifty contemporaries of Tutankhamun and other pharaohs of the 18th dynasty. 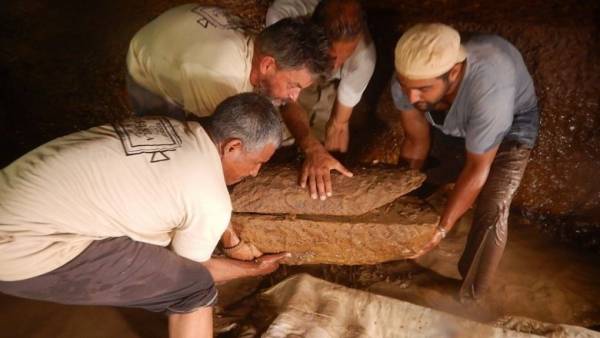 It is reported by the Ministry of antiquities of Egypt.

Here, it seems, were buried at least three generations of people who lived in the era between the reign of Thutmose II and Amenhotep II. We counted at least 60 individuals, a third of which were children. We expect that they are actually much more. We have never before found such a large burial.Maria Nelsonjonathan Swedish archaeological mission in Egypt

Burial-temple complex at Gebel-es-Sisila was built in the South of Ancient Egypt, near the town of Behdet, the capital of the southern Kingdom in the days of the pharaohs of the 18th dynasty of Ancient Egypt, Tutankhamun and his ancestors, “pharaohs-conquerors”, who bore the name Thutmose. The reign of the 18th dynasty is the peak of power in Egypt and the beginning of its decline.

Tiaras, pencils and traces of cremation

The most famous and interesting from a scientific point of view, traces of this era were found in two points of modern Egypt — in the vicinity of Luxor and Karnak, in the famous Valley of the Kings, and in the town of Gebel-es-Sisila, located a few dozen kilometers North of the modern Aswan dam.

Here was the ancient Egyptian town of Behdet, where in the time of Tutankhamun and his great relatives, the Egyptians extracted the blocks of Sandstone which were then transported along the Nile to Luxor, Thebes and other parts of the Kingdom for the construction of temples, tombs and other monuments. Over time, Behdet and its surroundings constructed their own monuments, tombs and temples, which are now actively studied by Egyptologists.