Named the highest paid writer in 2018

James Patterson is recognized as the highest-paid writer in 2018, according to Forbes magazine, he has earned $86 million List of 11 authors were published on the newspaper’s website on December 11. 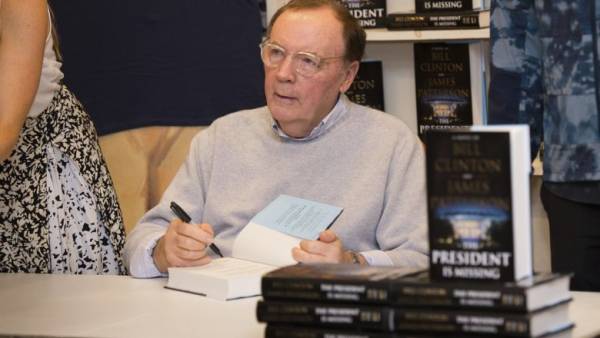 Patterson has become known for a series of novels about inspector Alex Cross.

In second place is last year’s leader, Rowling with $54 million Thus, the income of the author of the books about Harry Potter for the year fell to $41 million

In third place were Stephen king, with earnings of $27 million on may 23, he released his novel “the Outsider”.

Earlier in December, the founder of Microsoft bill gates has made its own list of the best books 2018.