Food out of thin air. The Finns offer to produce the products of water, electricity and carbon dioxide

Is it possible to produce food out of thin air? A revolutionary idea Finnish scientists sounds so ambitious, it is more like a fiction writer or the tale of the cloth on the ground. However, from the point of view of science, nothing fantastic in this proposal no. 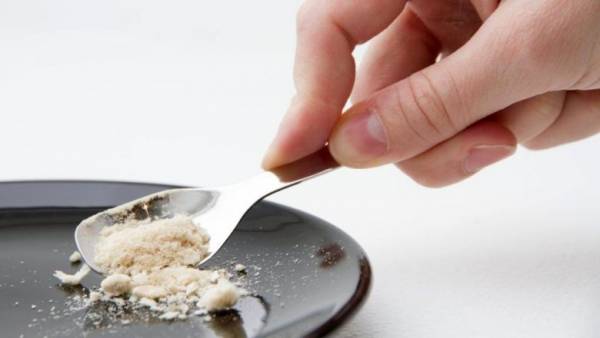 Moreover, relevant experiments have already been conducted and completed successfully, samples of food obtained, and in 2021 even planned the construction of the first plant for the production of “air food.”

Food from the same plate has helped people faster to negotiate

For the ambitious project is backed by a team of researchers from Finland University in Finland (former Lappeenranta University of technology) and they created a startup Solar Foods. However, the researchers modestly say that only invented the technology, and the idea was born in the 1960-ies, at the dawn of the space age.

Soviet and American scientists were thinking how to provide food for people in orbit or making long space flights — that is completely divorced from the usual methods of production of food.

Food production from air was considered as one of the options. However, at the time this option was not very effective and extremely expensive, so it was quickly abandoned, and the plan remained unrealized.

Only now, after over half a century, the idea found its practical application, not only in space but on earth. And “air food” has become a reality.

But how is this even possible?

The air we breathe is a mixture of gases: mainly nitrogen (N), oxygen (O) and carbon dioxide (CO2), and dissolved them in water vapor (H2O).

But exactly these elements — carbon, hydrogen, oxygen and nitrogen (in various configurations) consists of any protein. So the raw materials necessary for production in the air there — the problem actually boils down to correctly group the atoms.

All you need is electricity to split water molecules into its component parts, and a few bacteria that begin to multiply, feeding on the products of this reaction.

This process is a bit similar to the cultivation of yeast, but instead of sugar there is electricity and carbon dioxide. With the help of electricity split the molecules of water vapor and hydrogen is formed which is a source of energy for microorganisms. And CO2 is the carbon source. Of these items the bacteria produce proteins, fats, carbohydrates and even vitamins.Professor Juha-Pekka Pitkannen of the authors of the technology

It is clear that the cost of such production depends primarily on the price of electricity. In Finland, where going to build the first plant, the electricity is inexpensive. And carbon dioxide you can not even take out of the air, where it is not so much, and to use the waste products of biofuels — at the same time simultaneously reducing harmful emissions.

The estimated capacity of the plant is 1 million tons per year; enough to provide protein about 5 million people, nearly the entire population of the country.

In the future the technology may help to solve the problem of hunger in developing countries (almost 800 million people in the world are malnourished), because it does not depend on the climate or soil type, and allows you to produce food in any conditions, even in the desert or in the far North.

Solar Foods have been selected for the business incubator of the European space Agency is out there testing the ability to provide an “air eating” space mission to Mars.

And as for the flight there and back, and on the red planet: there is plenty of sunlight, and the atmosphere consists almost entirely of carbon dioxide. However, the main problem is the lack of proven reserves of water.