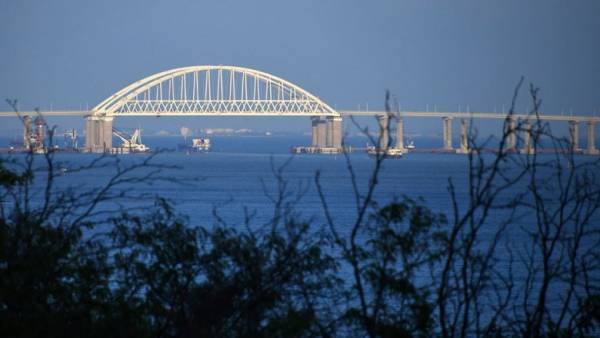 The Crimea this year for the first time entered the top-5 places where the Russians plan to relax for the holidays. According to the head of the Federal tourism Agency Oleg Safonov, which he expressed to the newspaper “Izvestia”, one of the reasons for the popularity of the Peninsula in the pre-season is its increased accessibility.

“First of all, the logistics factors: the increase of transport accessibility of the Crimea, thanks to the opening of the bridge across the Kerch Strait and a new modern passenger terminal at the airport of Simferopol. Plus, he said, and reducing the cost of flights on average by 39% compared to the same period last year.

The five most popular Russian tourist destinations include Moscow, Krasnodar Krai, St. Petersburg and Stavropol Krai. As said the newspaper in tourism, the forecast was based on the analysis of booking tickets. The capital had 17.2% of sales, Sochi — 13,1%, Simferopol — 7%, Krasnodar Krai and St. Petersburg — on 3,1% in each direction. The Crimea first came in the top 5, added the Agency.

According to Safonov, now hotels in Crimea establish affordable prices for accommodation. “The fact that the Peninsula is a participant of the project of the Federal tourism Agency “Accessible journey” which is aimed at expansion of the range of budget proposals in the regions of the country. One of the key competitive advantages of Crimea — attractive conditions health-improving and medical tourism,” he said. According to the publication, visit the Peninsula during the Christmas season can be in the amount of 20 thousand rubles.

Earlier, the Chairman of the Committee on sanatorium-resort complex and tourism of the state Council of Crimea Alexey Chernyak reported that the Peninsula expects to accept for the new year holidays from 150 to 200 thousand tourists. The demand for holidays on the Peninsula have risen among residents of other regions of Russia, and among foreigners.