Fashion historian predicted the victory of Muslim fashion in Russia

Fashion historian, art historian Alexander Vasilyev is confident that fashion will win the style “unisex”. This view he announced at the presentation of his book “Heirloom. The book acquired a memoir” on Monday, December 3. 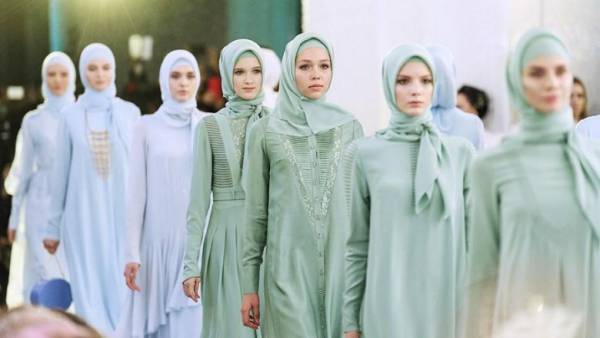 “Already, many women dressed in men’s clothes, unaware of this: pants, comfortable shoes, shirt, short hair, hosiery, the lack of makeup. This is not a reproach, it means convenience, perhaps comfort, perhaps the heat, probably a safety”, — quotes its words “RIA Novosti”.

However, in the opinion of the critic, Russia is waiting for “the dominance of Muslim fashion, winning scarves”. He remembered that talked about this five years ago.

“I tell you, will very willingly (to wear headscarves — Ed.) because that’s what will cause you to do in a country where a number of Muslims, and Russia is such a country,” — said the expert.

Vasilev also has noticed that a huge role in the trends have always played a “political changes”, such as the fashion before the war and after the war.

The book is “Family values. Book-found memoir,” released the 60th anniversary of the fashion historian. The work embraces about one hundred years of family history lens. The author tells about his childhood and his youth, before his emigration to France in 1982, parents, actress Tatiana Gulevich and theater artist Alexander Vasiliev. In the book Alexander Vasilyev describes the first steps towards my collection of vintage things.

Earlier Vasiliev told how to celebrate New year. In his opinion, need to dress in dresses in the disco style, decorated with sequins and beads.