The meeting of Russian President Vladimir Putin and U.S. President Donald trump may occur at the G20 summit in June 2019, said the Russian presidential aide Yuri Ushakov. He added that “it is very important to us, and colleagues,” find a place to meet before the summit. 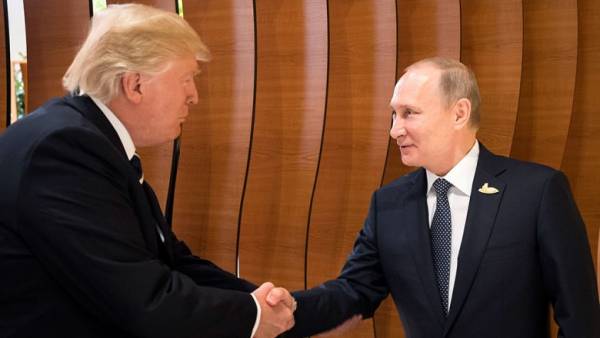 “We agreed on a time and place (meeting of the presidents.— “B”) and, in principle, have discussed the issues that the presidents in the first place, could be discussed”, — he told in interview to the program “Moscow. The Kremlin. Putin” TV channel “Russia 1” (VGTRK) (quoted by “Interfax”).

However, Mr. Ushakov was not able to answer the question, does the requirement of Washington to return to participating in the “Kerch incident” ships and sailors to their home to meet these criteria, the meeting of heads of countries will not.

“The Americans have confirmed that the contacts must not be interrupted,” said he. According to the assistant to the head of the Russian Federation, it is necessary “to continue at lower levels”, if not impossible to organize a meeting at the highest level.

We will remind, the meeting of misters of Putin and trump was to be held in Argentina, but the American President abolished it. According to him, now because of the incident in the Kerch Strait, “just not the right time for a meeting”.