EU set to extend sanctions against Russia in December

The head of the European Council Donald Tusk does not exclude that the extension of the restrictive measures will be a consequence of the incident in the Kerch Strait. 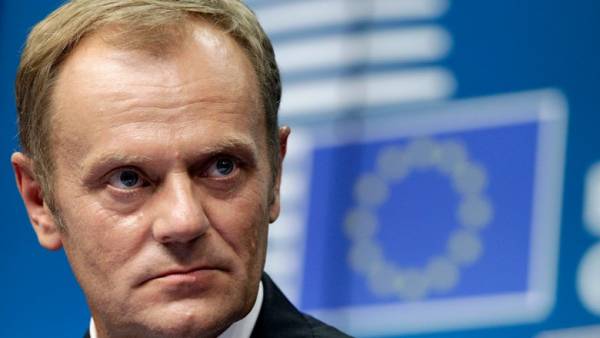 The EU once again will extend economic sanctions against Russia, which expire at the end of January. The confidence expressed by the head of the European Council Donald Tusk at a press conference in the Argentine capital, where from 30 November to 1 December, is the G20 summit.

Europe is United in support for the sovereignty and territorial integrity of Ukraine. That is why I am confident that the EU in December to extend sanctions against Russia.

Tusk spoke about the sanctions against Russia, answering a question of journalists on the measures the EU in connection with the situation in the Kerch Strait, which, in his words, “extremely concerned” by the community.

In 2014, the EU imposed sanctions against Russia in connection with events in Ukraine and the reunification of the Crimea with Russia and repeatedly expanded and renewed them. Was suspended talks on visa-free regime and on a new basic agreement on cooperation, a ban on entry into EU countries for officials from Russia and frozen their assets, the restrictive measures imposed trade, financial and military. The validity of the new package of sanctions (economic) expires on 31 January 2019.