The meteorologist said the weather expects the Russians in December

MOSCOW, 30 Nov — RIA Novosti. The temperature in December in most districts of the European part of Russia is expected close to normal, but in the North-West will be slightly warmer than usual, said in an interview with RIA Novosti, the acting Director of the hydrometeorological center of Russia Dmitry Kiktev. 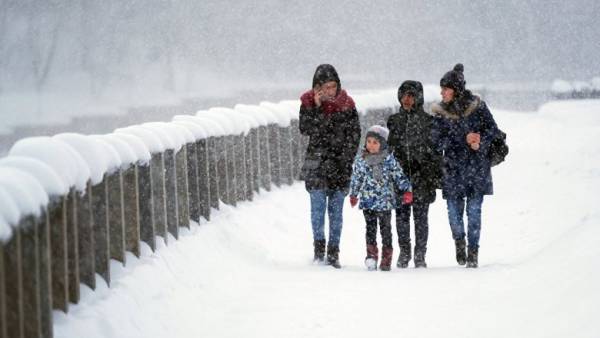 “Average temperatures are expected in the North-West Federal district, one degree above the long-term average, and in other districts of the European part of Russia — close to normal,” — said Kiktev.

As for precipitation, more than the average expected in Karelia, Leningrad, Pskov and Novgorod regions, in the South Central district, southern and North Caucasian districts — less. The rest of the territory is near normal, said the head of Department.

“At the same time in a degree above the long-term average expected for December in the far North of the Urals and Siberia. However, in the South-West and South-East Siberia will be one degree below, and the rest of the Asian part of the country — close to normal,” said meteorologist.

Less than the average expected rain in the East of the Yamal-Nenets and Khanty-Mansi districts, for the most part of Krasnoyarsk Krai, in the North of the Irkutsk region and Buryatia, Yakutia and the Magadan region, in the North of Transbaikalia, the Amur region and Kamchatka.

“At the same time in the South of the Khabarovsk and seaside edges — more than the average, and the rest of the territory — around the rules,” concluded Kiktev.