Merkel missed out on the first day of the G20 summit

The Chancellor of Germany will miss the first day of the G20 summit. Angela Merkel will arrive in Buenos Aires late due to problems with the plane on which she flew to Argentina, the newspaper “Kommersant”. 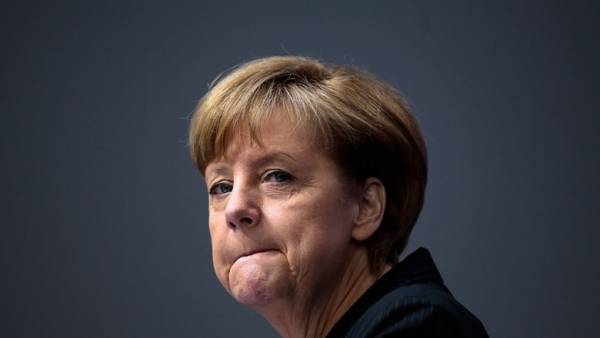 Earlier in mass media appeared information that the ship of the Chancellor was forced to return to Berlin airport due to technical problems.

According to the German newspaper Die Welt, the German delegation will have to wait for the next plane until morning.

Merkel admitted during a forced landing of her plane, she did not immediately realize what happened. According to her, the first thought was that something happened in Germany.

Because of the incident with the plane Merkel is forced to cancel the meeting with the President of Argentina Mauricio Macri, which was to be held on the sidelines of the summit.

Earlier it was reported that Donald trump has canceled a meeting with Vladimir Putin on the sidelines of the G20 summit in Buenos Aires. About this American leader said in his Twitter.

The decision of the leader of the United States took after he read the report on recent developments in the Black sea. According to him, all determined the fact that the detained ships and sailors have returned to Ukraine.