Mystery of the construction of ancient Chinese pyramids

Italian astrophysicist and archeoastronomy Magli Giulio (Giulio Magli) came to the conclusion that the location of burial tombs (pyramids) of Ancient China, which were buried emperors connected with the North pole of the world, where currently the alpha of URSA Minor. The sides of the pyramids, built at different times, oriented in different ways, owing to the precession of the earth’s axis. This publication reports Science Alert. 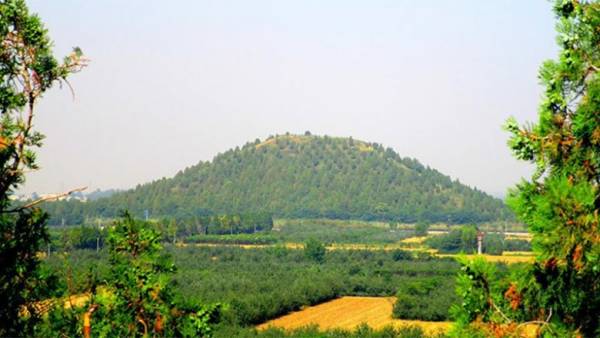 For some of the Chinese emperors including Qin Shi Huang, the strict orientation of the mound tombs on the sides of the light was a symbol of greatness. For this the builders of the pyramids used the location of the Sun and constellations to find the direction of the South celestial pole — the point in the celestial sphere around which the daily rotation of the stars. From Qin Shi Huang, who ruled from 246 the year 210 BC, the location of the tomb in line with the North-South. The Emperor gaozu (202-195 who ruled in the years BC), the pyramid was deviated by a few degrees.

Scientists said that the Gauls did with the heads of enemies

Magli shared the mound of the tomb into two main classes. Some were deviated from the line of the North-South less than one degree, and the others in 8-14 degrees. According to the scientist, the reason for this discrepancy is the precession, when the earth’s axis changes its direction in space in which the celestial poles are different stars. Several thousand years ago in the North pole of the world was not the alpha of URSA Minor (called North star) and the other polar star — Kochab or beta URSA Minor.

Magli believes that some emperors decided not to place the pyramid in the direction of the South, and to demonstrate the link already leaving the North pole of the world Cohoba, which has long been considered a symbol of Imperial power.