Kerch or investigation Muller: what was the reason for the cancellation of the meeting between Putin and trump?

The meeting in Argentina will not. Trump announced the cancellation of talks with Putin as “ships and sailors were not returned to Ukraine from Russia.” However, experts attribute this to the new testimony in the trial of his former lawyer, Cohen. 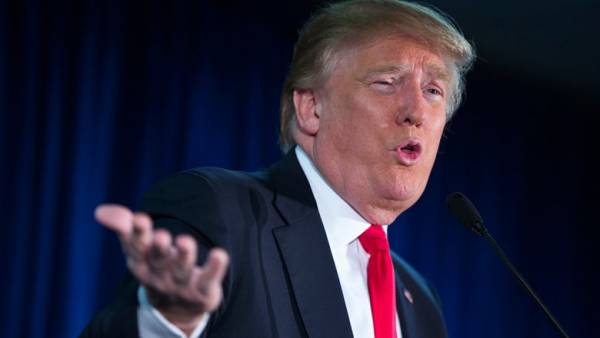 Right before flying to Argentina the US President Donald trump said that negotiations with Vladimir Putin will not take place. Quote from trump’s Twitter: “Based on the fact that ships and sailors had not returned to Ukraine from Russia, I decided that for all concerned it would be better to cancel the meeting in Argentina. I’ll look forward to the important summit, as soon as this situation will be resolved!”.

Based on the fact that the ships and sailors have not been returned to Ukraine from Russia, I have decided it would be best for all parties concerned to cancel my previously scheduled meeting….

The US state Department considers that its decision trump sent “a strong and clear message” to Moscow: the Ukrainian ships and sailors will not be returned to Ukraine, Russia could face isolation. The Kremlin said that now the discussion of serious issues of international and bilateral agenda postponed indefinitely. As expressed by the press Secretary of the President Dmitry Peskov that Moscow regrets “about the decision of the US administration” — although the meeting was cancelled personally by trump.

Harsh, but largely expected decision of Washington has become one of the first topics of the international press. Headers almost spiteful in places, for example in The Washington Post: “the Kremlin boasted trump’s meeting with Putin — and then trump cancelled it.” Philosophically and at the same time caustically replied Dmitry Peskov: Putin now “is a couple extra hours in the program for useful meetings on the sidelines of the summit.”

Many large editions is put at the forefront the stated reason for the cancellation of the incident in the Kerch Strait, but many have directly linked the decision of trump with the success of spectacular Muller. In recent months the steady flow of reports of new cases, allegations and confessions trump entourage was replaced by a barrage of sensational leaks “Regato”.

The conflict between Russia and Ukraine in the Kerch проливе19:06 (GMT)”This decision has caught the Kremlin by surprise”17:36 (GMT)”Big seven” adopted a statement on the incident in the Kerch проливе15:39 (GMT)Arrested Ukrainian sailors were taken to the SIZO “Lefortovo” in Moscow

So, the day before it became known that the former personal counsel to trump Michael Cohen not only willing to plead guilty to making false statements to Congress, but also told Mueller that talks about the construction of the Trump Tower in Moscow continued even when the businessman was a candidate for the presidency of the United States. Moreover, ostensibly one of the proposals was to allocate the penthouse personally for Vladimir Putin — supposedly this was supposed to bribe Russian investors, writes CNN.

Then it gets worse: as the site says Palmer Report, “panic reaction” trump could be fueled by the publication of the New York Times about a police RAID with the seizure of documents at the head office of Deutsche Bank in Frankfurt. In the article “Rashahat” are not mentioned directly, but it is known that the Bank was regularly given to the structures of the trump large loans.

the Rating of politicians: the secret of the popularity of Putin and XI

According to the President of the Eurasia Group Ian Bremmer, in Moscow perfectly understand that the conflict with Ukraine is not to blame. This is good and bad for Russia news. Publications draw attention to the fact that simultaneously with the cancellation of the meeting with Putin, trump lowered the level of the talks with the presidents of Turkey and South Korea to “feet”, the personal Twitter account of President of the United States filled with indignant and angry exclamations trump “Regato”.

“Someone may love that trump has canceled a meeting with Putin, but the real problem is that US foreign policy is increasingly determined by financial interests trump and the consequences of his shady deals,” adds the founder of a political portal Talking Points Memo, John Marshall. In fact, the White house ceases to be credible in the international arena. As in that joke: “Not to mushrooms, Petya, war!”.

Russiagate14:50 (GMT)trump called witch hunt article on the construction of “trump tower” in России11:16 (GMT)trump’s Company was going to give Putin a penthouse for $ 50 million долларов29 noyabrya Cohen confessed to perjury at the hearings in Congress on the case of “Russian intervention”

Forum in Argentina from the outset, trouble follows. The first day of the summit will miss Angela Merkel. Source Reuters the German government said that the Chancellor’s plane made an emergency landing in Cologne because of the “failure of multiple electronic systems.” The government delegation was forced to stay overnight in a hotel in Bonn where she was getting on the bus.

Source Agency reported that the government backed the plane will take Merkel to Madrid, where she will travel to Argentina on a commercial flight. According Reinische Post, the incident with the plane of the Chancellor will initially be regarded as “criminal”, but the investigation is moving “in all directions”.