In Argentina, met Him on arrival at the G20

MOSCOW, 30 Nov — RIA Novosti. The President of France Emmanuel Makron and his wife Brigitte on arrival in Buenos Aires at the G20 summit because of a misunderstanding is not met at the ramp by the officials of Argentina, informs television channel Todo Noticias. 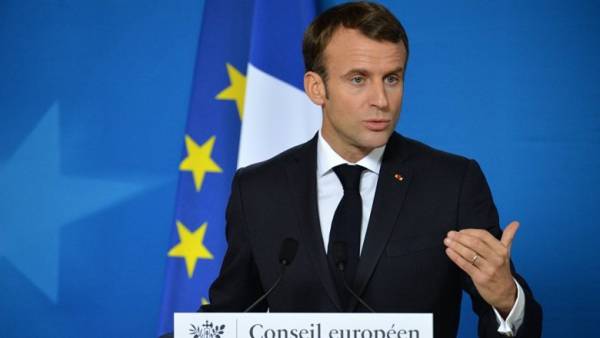 The President and first lady of France arrived in Argentina on Wednesday evening. As reports TV channel, they had to meet the Vice-President of Argentina Gabriela Michetti.

“We had to wait until we say “Now!”, to go to the red carpet to meet them. Everything was planned out to the minute and coordinated with the Protocol officers (President — ed.) of France, until they told us “now.” When they gave us, we realized that the President (macron — ed.) already sits in the car”, — quotes the channel of Michetti.

According to the video, published on the official YouTube channel of the G20, arriving to the airport, the President of France and his wife came down the ramp, and, finding officials of the delegation who were to meet them, macron shook hands with the airport employee in a yellow vest, that drew the attention of the media in connection with the ongoing in France, massive stocks movements so-called “yellow jackets.”

The G20 summit will be held in the Argentine capital on 30 November — 1 December. Many heads of countries-participants of the summit have already arrived in Buenos Aires.