The detainee in the U.S. Butinai deteriorated condition

WASHINGTON, November 28 — RIA Novosti. The state of health of the Russian Maria Butunoi that 67 days is in solitary confinement in prison in the U.S. has worsened, the Embassy of the Russian Federation. 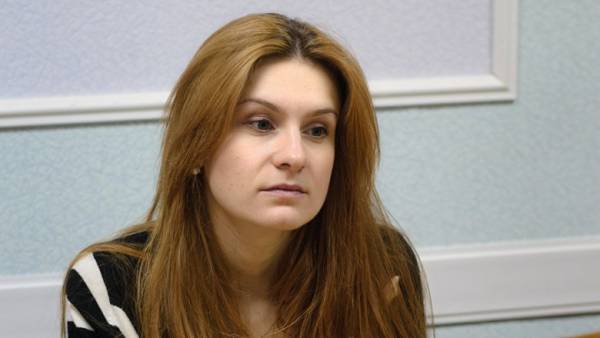 “Recently, the Russian was transferred to the regime of administrative segregation. The prison administration refuses to provide reasons for discriminatory measures. Isolation for 22 hours a day and has triggered the deterioration of her health. Maria has frequent bouts of claustrophobia”, — stated in the message of the Embassy on the page in Facebook.

The Embassy said that in an extraordinary manner, visited Butino, which has already spent 67 days in complete isolation, which is the excess of the limits established by so-called “rules of Nelson Mandela” is the United Nations standard minimum rules on the treatment of prisoners.

“Protested the prison authorities in connection with toughening of conditions of detention of the accused on spurious political grounds by the Russians… Consider the actions of the American side as an attempt to exert pressure and to break the will of our compatriot. It can not affect her preparation for the court hearing on December 19. Sent a note of protest to the state Department. Required the early release of Maria Butunoi”, — stated in the message.

The reason was that she gave the phone to his lawyer the cellmate, although not in any formal violation Butina was not charged.

Butino detained in the USA in July, she faces up to 15 years in prison. Russian woman accused of conspiring an agent of a foreign government without registering with the U.S. Department of justice, as well as directly in the work of a foreign agent. Butina told the court about his innocence. The lawyer of Russians said that she wasn’t doing anything illegal, and her connections in the United States are fully explained by studies at the local University majoring in “international relations”.