Biometrics was covered by the state secrets

Technology banks do not meet the requirements of the FSB. 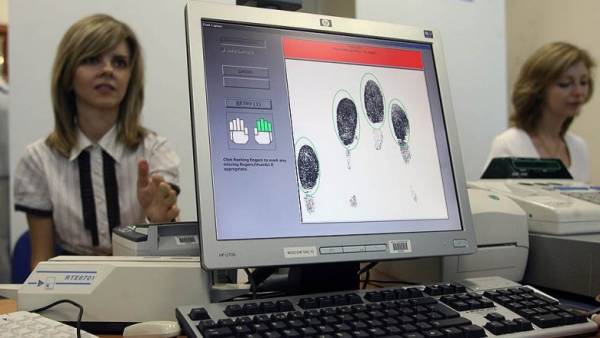 The Central Bank has indicated the FSB on the impossibility to fully perform the service’s requirements for the protection of the banks collect biometric personal data of citizens. We are talking about cryptographic protection at the level of state secrets, and the necessary Russian equipment for this. Bankers confirm the existence of problems, but the FSB to mitigate the requirements of the plan. However, sanctions from the security forces market participants do not threaten to contact the FSB will have the regulator, otherwise the data collection would just stop.

Held on November 27-28, the SOC-forum first Deputy head of information security Department of the Central Bank Artem Sychev said that there is no necessary market of the domestic cryptographic equipment that can provide protection collected from citizens biometric data by class of KV. It is this class of protection at the level of state secrets is determined by the order of FSB No. 378. Deputy head of the eighth center of the FSB of Russia at the same time, Igor Kachalin expressed hope that the Central Bank “will take a tough stance” on all means of protection when working with biometric data of citizens.

But bankers acknowledge that to comply with the requirements of the FSB can’t. “To encrypt sent in a single biometric system (EBS), the collected images need to be integrated in the system special hardware (HSM module), and then get the keys of e-signature certificate, class KV,” — said the source “b” in a major Bank.

The class keys KV produces only FGUP NII “Voskhod”, and the procedure for issuing keys only approved in mid-October. As reported by “Kommersant”, “Rostelecom”, “Sunrise” has the right number of keys. “However, the methods to embed the correct HSM no, after the integration of the module need to obtain the opinion of the FSB, — said the source “b” in another major Bank.— But without the methodology to obtain the opinion of the FSB unrealistic.” According to “Rostelecom”, the introduction of the HSM comes in 26 banks, but never finished.