The shard, the Gherkin and the cheese Grater. Why in London such strange skyscrapers

London may soon have a new skyscraper height over 300 meters, and it is expected that it will not be the only such new building. There are plans for hundreds of buildings. 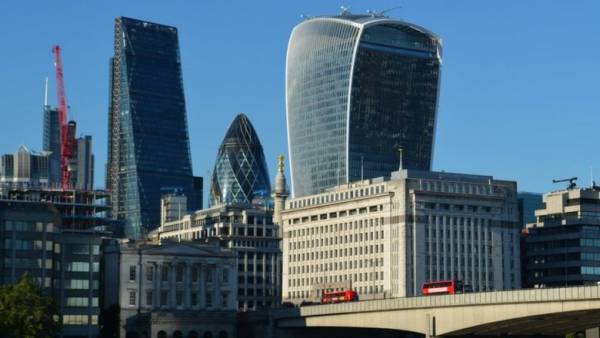 But what are the limitations on the construction of such giants exist in the British capital?

the Most amazing skyscrapers of the world

There are several well-marked high — rises – “the Shard” (Shard), “Walkie-talkie”, “Isgreater” (the cheese grater) and “Gherkin” (Cucumber). The London panorama is periodically filled with skyscrapers, which come up with vivid catchy names.

Now authorities have received the draft of the new high-rise buildings for the authorship of the architect Lord Norman foster.

According to the plan, the height of the building “Tulip” (Tulip) will be 305,3 m. it is based will be the “stem” and at the top, observation deck, restaurant, a small Park and educational area. To look at London from a bird’s flight will be swept in a transparent capsule.

The building will be lower “Shard” is just a meter and will be the second tallest skyscraper in London and across the UK.

The authorities of the city of London will now have to consider the request of the designer of the skyscraper by Foster and Partners. The company hopes to build a skyscraper by 2025.

When and if the “Tulip” will be built, visitors are likely to have a view with lots of new skyscrapers.

According to the discussion group New London Architecture, in 2017 in London in the planning stage were 510 buildings 20 floors and above.

Other British cities, including Manchester, Bristol and Norwich, too, will soon acquire their skyscrapers.

A clear definition of “tall building” no. In the city of low buildings it may become a ten-storey building. In a city with a large number of high-rise buildings high-rise will be considered as a building with 40 floors.

Permission for the construction of high-rise, and indeed all buildings in England give local government councils.

“Applications for approval of major construction — it’s a big responsibility — said the employee of the consulting Agency Planning Insight. — Because the results will see several generations”.

In considering the planning application, the local government councils consider how new construction will affect the existing infrastructure and loading transport, as well as, not whether they obscure the light of day for those who live in neighboring houses.

Local government councils can, but are not required to make a development plan for their district, which will depend on the style of the new buildings.