Russian President Vladimir Putin on Tuesday held in the Kremlin ceremony, the correspondent of RNS. 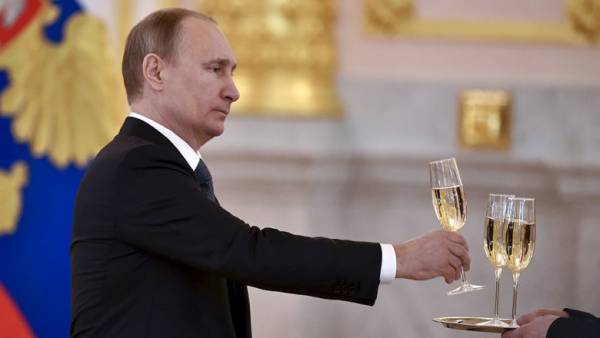 Among other awards, the President presented the order “For merits before Fatherland” different degrees, “Alexander Nevsky”, “For sea merits” and the Medal of honor and Order of Friendship.

“All of you, thanks to the hard work and talent has achieved heights in the profession and, most importantly, inspire others with passion, constant creative search, unique achievements,” the President said, addressing participants of the ceremony.

In particular, the Order “For merits before Fatherland of I degree” was received by the Chairman of the all-Russian public organization “Combat brotherhood” Boris Gromov, the President of the National research centre “Kurchatov Institute” Mikhail Kovalchuk, artists Lev Leschenko and Inna Churikova. The order “For merits before Fatherland of II degree” was awarded the head coach of Russian national team on rhythmic gymnastics Irina Viner-Usmanova , the actor “Lenkoma” Alexander Zbruev. The same order of III degree was awarded to Vice-President of “Kurchatov Institute” Marat Kambolov, a shareholder of USM Holdings Alisher Usmanov, as well as artistic Director of the theatre “Russian enterprise” Rudolph Furmanov.

In addition, committing for the long-term space flight cosmonaut Sergei Ryzhikov was awarded the title of Hero of Russia.