Moscow. 27 Nov. INTERFAX.RU — According to the head of the international Affairs Committee, Konstantin Kosachev, Russian Federation by definition does not consider war with Ukraine as perspective. 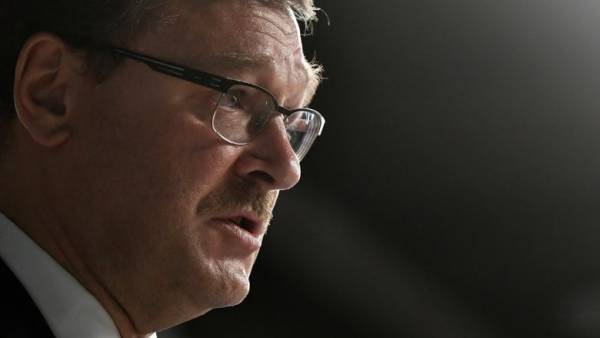 Russia does not consider war as a term in relations with Ukraine, said the head of the Federation Council Committee on international Affairs Konstantin Kosachev.

“The President of Ukraine with masochistic pleasure preparing Ukraine for war with Russia, which our country has never, at any stage not seen and, by definition, does not consider how the perspective in the relations with neighbouring Ukraine,” Kosachev told Interfax on Tuesday, commenting on the statement of the President of Ukraine Petro Poroshenko about the threat of full-scale war with Russia.

Poroshenko is a President of war. He came to power through an armed coup and he will not give up power until then, will continue until at least the hypothetical ability to ensure their re-election by force, whether on an inner or outer track.

November 27, Poroshenko said the threat of full-scale war between Russia and Ukraine due to increasing Russian military presence on the border.

“I want nobody thought it was fun or toys. Ukraine is under the threat of full-scale war with the Russian Federation,” the President said in an interview with Ukrainian TV channels on Tuesday, noting that this is evidenced by the increasing military presence of Russia near the Ukrainian border.

Earlier the President of Ukraine announced the introduction of martial law in 10 regions of the country until December 26.

25 November in the area of the Kerch Strait, the Russian border guards with weapons detained three ships of the Ukrainian Navy bound for the sea of Azov. Three Ukrainian military were wounded. All were arrested 24 sailors.