MOSCOW, 27 Nov — RIA Novosti. The state border service of Ukraine started to deny Russians entry into the country, according to the website of the Russian Embassy in Kiev. 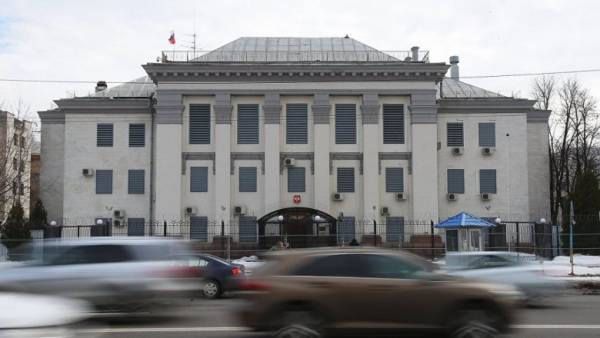 However, such failures occur despite the observance of Russian citizens of all requirements noted in the Embassy.

“In addition, representatives of the Ukrainian authorities intentionally prolong the duration of test events. From explanations of the reasons for such restrictions, the Ukrainian side has refrained”, — stated in the message.

The Embassy has sent the Ukrainian foreign Ministry a note asking for an explanation of the “mass” of non-admission of Russians, and also to stop the “discriminatory actions” by Ukrainian border guards.

Previously, the state border service of Ukraine reported that the Agency refused entry to the country more than 75 citizens of Russia in the airports of Kiev.

The punishment for trespassing

In early November, Poroshenko signed a law that introduces criminal liability for illegal crossing of the Ukrainian border by the Russians.

Previously, violators were threatened with fines and administrative arrest up to 15 days. The new law provides for a penalty of deprivation of liberty for a term up to three years. For repeated Commission of such acts or Commission by a group of persons — from three to five years, and such act with a weapon from five to eight years.