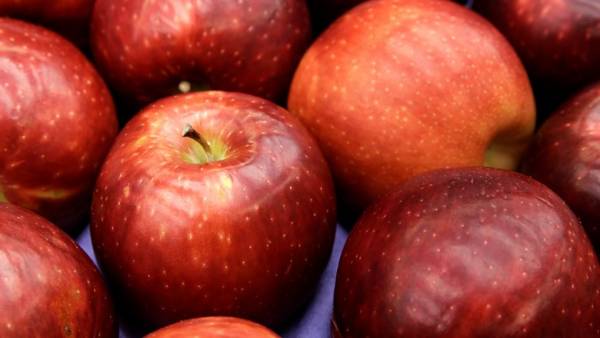 The experts investigated products for the presence of hazardous substances and debunk the myth that SAP is a mixture of water, dyes and sweeteners, is spoken in the message of the organization.

Experts Roskoshestvo checked 33 most popular brands of Apple juice for 38 indicators of quality and safety. The research was conducted with the participation of Russian brands, as well as products four imported brands from Armenia, Belarus, Serbia and France. “The results of research on the best juice is made in Krasnodar Krai: 5 brands applying for the state quality Mark and the Lipetsk region: 4 brand”, — stated in the message.

In Roskoshestvo noted that the juice of high quality can also boast of Volgograd and Moscow region, Samara, Moscow and St. Petersburg, Belgorod and Adygeya. As explained in the organization, Apple juice were tested for the presence of nitrates and pesticides, were also evaluated the quality and convenience packaging. According to test results it was found that the goods 21 brand meets the demanding requirements of Roskoshestvo.

“In none of the studied juices have not found dangerous substances and compounds, microorganisms and mildew — it says that the juice is made from healthy, non-infected diseases and non — toxic apples,” – noted in the organization.

In addition, the study showed that manufacturers do not add sugar, sweeteners, and preservatives, and do not embellish the Apple juice with synthetic dyes.

The experts were able to refute the widespread belief that the juice is a mixture of water, dyes and sweeteners, said the organization. It noted that experts have carefully checked the water, directly affecting the quality of the juice. “High salt content of sodium, indirectly indicating that water for a particular juice was cleaned worse than used for other, was recorded in six cases,” — said in Roccacasale.

It also noted that in all studied juices of direct extraction, the level of sodium, which corresponds to the natural characteristic of apples. The experts evaluated the appearance, color, texture, taste and aroma of Apple juice. In two cases the taste of the juice, though typical of Apple, however poorly expressed. But the taste of the juice is one of the marks is not consistent with Apple juice.