The fish washed up on the beach

Mining companies are concerned about the tightening of the rules of ship repair. 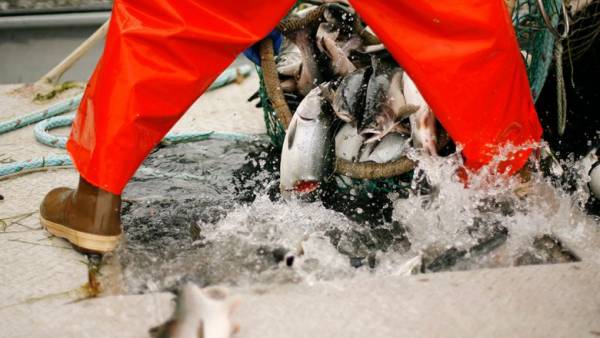 Free fish on a ship repaired in a foreign shipyard may not be possible. Such vessels the Ministry of agriculture wants to required to undergo the customs Declaration, otherwise depriving them of the rights to the catch. The fishermen may complain that the paint often unrealistic, and the initiative of the Ministry threatens to idle dozens of ships and loss of profits up to 15 billion rubles.

The Ministry of agriculture has published a draft of amendments to the resolution governing permits for the extraction of aquatic biological resources (ABR). The document proposes to expand the list of grounds on which may be denied on the catch. In particular, we are talking about ships that have not undergone customs Declaration after the retrofit, renovation, modernization, carried out outside the EEC. Independent examination of the project will end on 13 December.

Denial of permits for fishing FBG bonded vessels under the flag of the Russian Federation may lead to a sharp reduction in the mining fleet and major failures during the fishing season, according to the national Association of fishermen (VARPE).

This is a worry there, face the cessation of the fishery for more than 80 large-capacity vessels only in the far East, which underwent scheduled maintenance in foreign shipyards, investing about 10 billion rubles.

According to the President of VARPE German Zverev, in the year of fishing vessels in the region spend on repair and maintenance of about 35-40 billion rubles on the Russian shipyards account for about 10% of this amount.

Enterprises in Far East most of the time are loaded and can provide for scheduled maintenance only 40-50 ships.Herman Veriprint VARPE

The same situation in Murmansk, where high-quality ship repair facilities simply do not have, complains, Deputy Director UK “Norebo” Sergey Sennikov. Moreover, he points out, some of the equipment and engines can be installed only on foreign shipyards. Manager GK “Dobroflot” Olexander Yefremov added that the factories of the Far East generally no docks for repairing vessels with a length of over 160 m. Thus from 1 January in the sea of Okhotsk begins the most ambitious in the world according to Putin, the volume of catches of Alaska Pollock for one hundred days produces more than 1 million tons of fish, reminiscent of VARPE.

Assessment of Mr Zverev, the initiative of the Ministry of agriculture threatens to negovelov up to 200 thousand tons FBG. For projected prices of Alaska Pollock at $1,05−1,1 thousand per ton, which results in Kommersant’s source in the industry, lost benefits can be assessed up to $220 million (RUB 14.6 bn).