Klimkin said about the uselessness of diplomatic relations with Russia

The Minister of foreign Affairs of Ukraine Pavlo Klimkin said that diplomatic relations with Russia, his country does not need, however, Kiev is not yet ready to terminate them. 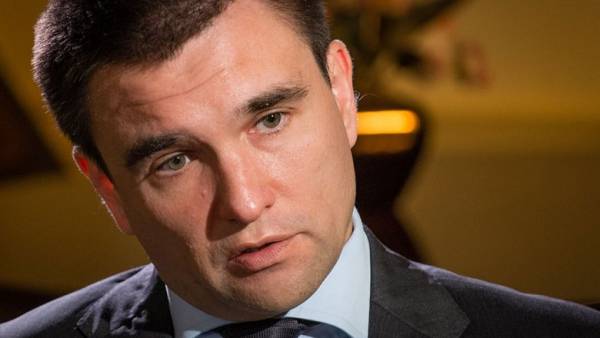 So the Minister commented on the incident in the Black sea, the introduction of martial law in Ukraine and the impact of these incidents on bilateral relations.

On 25 November the ship “Berdyansk”, “Yana Kapu” and “Nikopol”, a Ukrainian Navy invaded the historic territorial waters of Russia in the Black sea. The requirements of the FSB border guards stop Ukrainian court did not react and continued to make dangerous maneuvers.

The Russian military had to use force to stop and detain ships. To date, a criminal case under article “Illegal crossing of the state border”.

On the background of the incident, Ukrainian President Petro Poroshenko announced the introduction of martial law from 28 November throughout the country. The decision must now approve the Verkhovna Rada.

According to Poroshenko, an immediate mobilization in the country won’t be held, but will start training conscripts of the first stage.