Mogherini urged restraint in the sea of Azov

BRUSSELS, 25 Nov. /TASS/. The European Union urges Russia and Ukraine to show restraint in the sea of Azov to deescalate the situation. This is stated in the statement of the foreign service of the EU, statement on Sunday in Brussels. 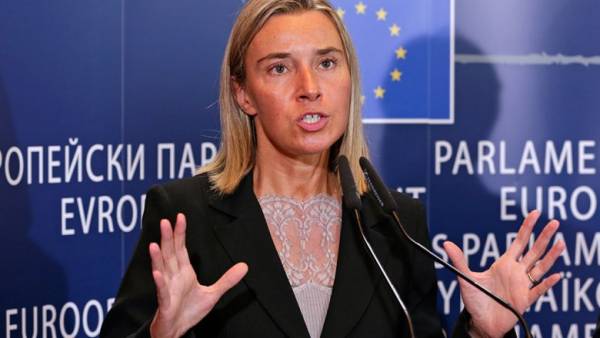 “We expect that Russia will restore freedom of passage through the Kerch Strait and urge everyone to exercise utmost restraint, to immediately deescalate the situation”, — stated in it.

The document stresses that “tensions in the sea of Azov and the Kerch Strait today has grown dangerously”. “As stated by the EU high representative [Federica Mogherini], events in the sea of Azov is a demonstration of how the instability and tensions will inevitably increase when you ignore the basic rules of international cooperation, the statement reads. — The European Union expects that Russia will stop the inspection [of ships in the Azov sea]”.