The President of Ukraine Petro Poroshenko has convened a war Cabinet due to the shelling of three boats by Russia in the Kerch Bay. About it his press Secretary Svyatoslav Tsegolko wrote in Twitter account. 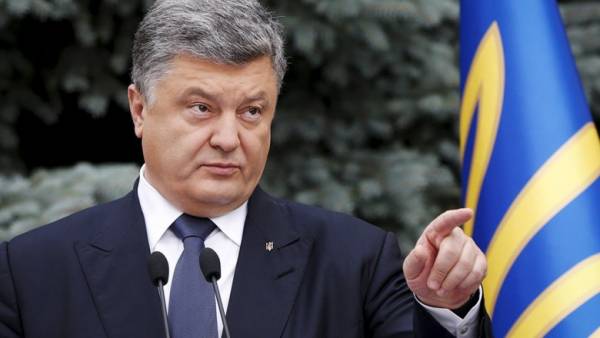 “Due to the extraordinary events on the sea of Azov, the President has convened a war Cabinet”, — he said.

Previously, on 25 November it became known about the capture of Russian commandos three Ukrainian ships. It was noted that small armored artillery boat “Berdyansk” and “Nikopol” struck by enemy fire and lost speed, and RAID tug “Yana Kapu” forced to stop. The armed forces of Kiev reported about two wounded Ukrainian military seamen.

Prior to this, the FSB reported that three ships of naval forces of Ukraine entered the Russian temporarily closed the waters and move from the Black sea to Kerch Strait. The Russian side considered this provocation and decided to close the Kerch Strait for shipping. Later it was reported about the beginning of the pursuit of the retreating Ukrainian ships.