Reuters: Sechin complained Maduro at the delay of supply of oil

The head of “Rosneft” Igor Sechin this week flew to Caracas to meet with President of Venezuela Nicolas Maduro, during which the head of the Russian company to complain about delays in oil deliveries, reports Reuters, citing sources. It clarifies the Agency, the visit of Mr Sechin has not publicly announced. 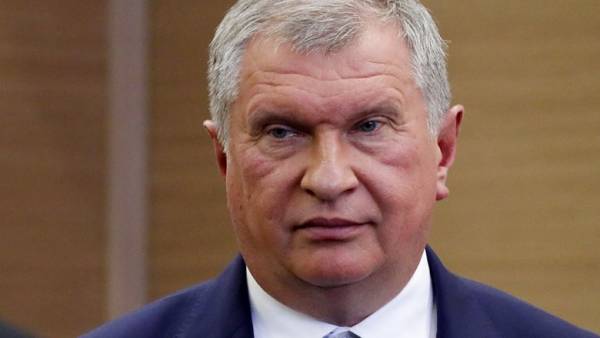 The interlocutors Reuters claim that the meeting was attended by several high-ranking employees of “Rosneft” and representatives of the Venezuelan oil company PDVSA. “Sechin also met with Maduro and accused him of the fact that deliveries are behind schedule,” — said one of the sources. According to him, the head of “Rosneft” said that Venezuela fulfills its obligations to China but not to Russia.

Reuters writes that PDVSA from January to August 2018 delivered by Chinese firms 463 thousand barrels, while the Russian — 176,6 thousand barrels. Thus, according to estimates by Reuters, over the past few years Moscow has become to Caracas lender of last resort: in 2006, the Russian government and Rosneft gave Venezuela at least $17 billion in loans and lines of credit.

The Agency believes that the visit of Igor Sechin “is one of the most striking signs of tension between the affected by the crisis with Venezuela and its key creditor — Russia.” Rosneft and PDVSA had no immediate comment to Reuters.

As written, the Agency in August, the shipment may be delayed due to the closure of the dock in the largest export terminal in Venezuela. Recall that PDVSA signed with the Russian company contracts under the scheme “oil in exchange for credit.” In the second quarter of 2018 Venezuela has reduced core debt to Rosneft for $400 million, to $3.6 billion Igor Sechin in the beginning of the year said that he sees no risks in the payment of the debt Latin American country.