The President of Russia Vladimir Putin considers it necessary to continue the activities of the working group of Presidium of the state Council, which prepared the current meeting on the implementation of the “supercase” the head of state, said Moscow mayor Sergei Sobyanin, who headed a working group. 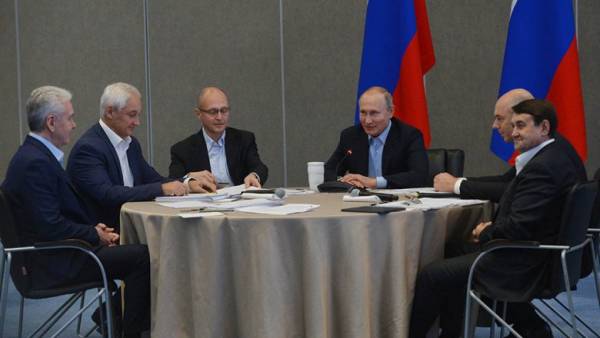 Topic “supercase” the head of state is the most important for the state, said Sobyanin. According to him, the second such opportunity — when allocating so many resources, tools to address national goals — the country will not.

“In fact, the country has concentrated all that is possible, said, “Let us a breakthrough way to solve a number of problems in education, health, demographics, social support, improvement of infrastructure, roads, cities, ecology, economy”, — said Sobyanin.

The last two days the Presidium of the state Council worked in an enlarged format to “more clearly understand the tasks and role of the regions in this work,” said Sobyanin.