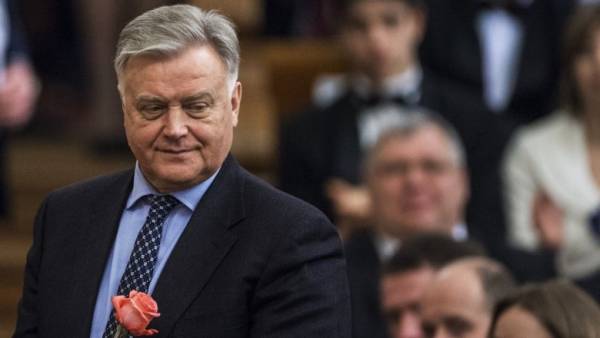 The former head of Russian Railways Vladimir Yakunin has submitted to Basmanny district court of Moscow the claim about protection of business reputation to the editorial office of “Novaya Gazeta”. This was announced by the representative Yakunin, Grigory Levchenko. The ex-President of Russian Railways demands from the newspaper of two million rubles as compensation for moral damages, and one million rubles and two million rubles from the journalists Andrei Sukhotin and Irek Murtazin, respectively.

The sole purpose of filing a lawsuit is to protect the good name and reputation of V. I. Yakunin.Vladimir Akunyili the head of Russian Railways (quoted by RBC)

According to him, if the court will satisfy the claim, the money will be transferred to “support professional journalism” and charity projects for the protection of children. From “Novaya Gazeta” in addition to the monetary compensation required to remove inaccurate information and to publish a refutation. According to a representative Yakunin, informed the editorial office has written to the requirement of publication of refutation, but they were not fulfilled within a month, so a lawsuit was filed in the court.

The claim of Vladimir Yakunin to journalists and “New” was on 23 November, reported on the portal of courts of General jurisdiction.

On 11 October, “Novaya Gazeta” published an article under the authorship of Irek Murtazin “As can be associated the execution of the investigator Shishkina, billions Colonel Zakharchenko, an investigation of the FBC and the business interests of the son eks-the head of Russian Railways”. The article includes one of versions of murder of the senior investigator for particularly important cases of the Department of transportation for the Central Federal district Evgeniya Shishkina. The author suggests that it involves the investigation of corruption in the sale of electronic tickets Railways.