Contractors of the Federal security service and Ministry of culture, were abducted budget funds allocated for the construction and restoration of objects of state protection, including the works in the Great Kremlin Palace, Moscow Conservatory and at the Palace in Strelna. 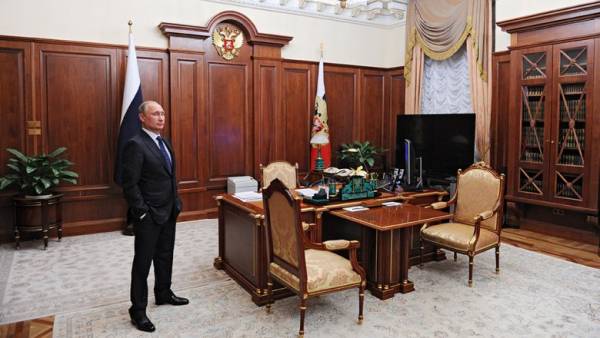 On Friday, November 23, RBC reports with reference to the interrogation of the former Deputy Director of “KLIMAT prof” Boris Maltsev.

According to him, the crime took place at least 17 sites, including the faceted chamber of the Kremlin, the Grand Kremlin Palace, Konstantinovsky Palace (Congress Palace) in Strelna, President Vladimir Putin’s Bocharov Ruchei, the Moscow Conservatory and the theater “Contemporary”.News

Luxury alcohol was sent to the Prosecutor

The customers in this case were mainly the Federal security service (FSS) and the Ministry of culture. Maltsev says that the theft occurred by raising prices for work and materials. For subcontractors a condition of operation was rolled back “Baltstroy” up to half of the contract amount.

Maltsev himself, the newspaper notes, was charged with embezzlement in the case of subordinate FSO FGUP “Ateks”.

According to investigators, the head of “Ataxia” Andrew Fireplaces, FSO officers Igor Vasiliev and Dmitry Ulitin, the owner of “Baltstroy” Dmitry Mikhalchenko, General Director of the company Dmitry Sergeyev, and also heads of the companies-subcontractors created a criminal organization and stole 1.5 billion rubles on the construction of the House of receptions in residence “Novo-Ogaryovo”.

See also: the Kremlin confirmed his arrest on charges of embezzlement during the construction of Putin’s residence