Moscow. 23 Nov. INTERFAX.RU — IN the Kremlin have confirmed media reports about the detentions on charges of embezzlement during the construction of the residence of the President of the Russian Federation. 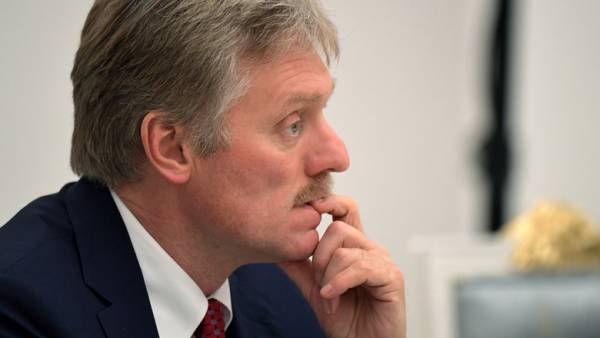 “I can say that really was arrest and convicted on this issue. That’s all, more I have nothing to say. Still, we should, perhaps, law enforcement bodies have to cope,” — said the press Secretary of the President Dmitry Peskov in response to a request to comment on relevant publications in the media.

He noted, however, that is not quite correct to mention in this context of theft “in the construction of Putin’s dacha”.

Here is not important, what is “Putin’s dacha”, especially not Putin’s dacha, and the state house. Putin does not give. The important thing is that steal public money.Dmitry Pescovitz Secretary of the President of the Russian Federation

“When public money is stolen, then the police take action to apprehend the perpetrators and their punishment”, he added.

On Thursday, RBC announced that the company “Baltstroy” for the past ten years were abducted budget funds allocated to the construction of the FSO and the Ministry of culture, including the residence of Bocharov Ruchei in Sochi.