Moscow. 21 Nov. INTERFAX.RU — on the 30th anniversary of withdrawal of Soviet troops from Afghanistan planned in the state Duma statement and the resolution on revised estimates of Afghan events, made in 1989 Congress of people’s deputies; the draft document was approved on Wednesday at a hearing with the participation of deputies of all factions. 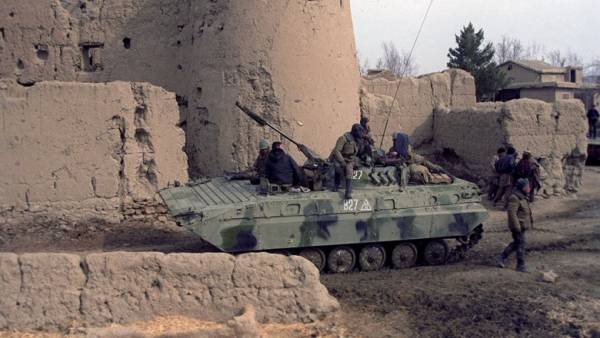 “In December’ 89 the eve of the decade of Soviet invasion of Afghanistan, the Congress of people’s deputies of the USSR adopted a decree signed by Mikhail Gorbachev with inappropriate and, in my opinion, incorrect formulation,” — said MP from the Communist Nikolai Kharitonov, representing the draft statement of the state Duma.

The MP read out the resolution: “the Congress of people’s deputies of the USSR supported a political assessment of the Committee of the Supreme Soviet of the USSR on international Affairs about the decision to send Soviet troops into Afghanistan 1979 year and believes that this decision deserved moral and political condemnation.”

“I can’t help but wonder, is there anyone in this audience who feel the same way? I think that among the deputies of the state Duma of the seventh convocation, which, at times, take diametrically opposite positions on many issues depending on their political views in this matter will be one opinion,” — said Kharitonov.

He applause of the participants in the hearings presented the project of the decree about the statement of the state Duma on the political assessment of the participation of a limited contingent of Soviet troops in the military conflict in Afghanistan in 1979-1989.

This statement will be adopted in the eve of the 30th anniversary of withdrawal of Soviet troops from Afghanistan on 15 February 2019, he added.

Covert operations by special forces, which began the war

In this draft statement Haritonov has noted several important positions.

“We need to make it clear that the State Duma considers necessary to recognize to be contrary to the principles of historical justice moral and political condemnation of the decision on the Soviet invasion of Afghanistan in December 1979, and expressed in the resolution of the Congress of people’s deputies of the USSR Supreme Soviet in 1989 year,” read the document the MP.