The German newspaper talked about “Bolshevichka disaster” in Russia

Cow parsnip, which were previously distributed only on the territory of the Caucasus, is widely distributed in Central Russia and became a real disaster. 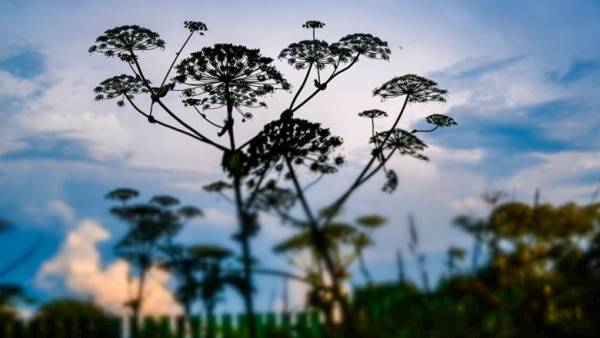 According to the German newspaper Suddeutsche Zeitung, the weeds, which sometimes reach several meters in height, occupy an area of more than 1 million hectares.

In areas of growth Hogweed other plants have almost no chance, so in the Moscow region have recently introduced fines for refusal to deal with the weed.

The newspaper notes that “borovichee disaster” was provoked artificially, as in Stalin’s time, the weed decided to be cultivated as feed for livestock.

However, the USSR did not take into account the fact that due to Hogweed cow’s milk becomes bitter, the newspaper notes. It also indicates that the problem with Hogweed is also relevant for Europe.

Thus, in Poland, this species is called “Stalin’s revenge”, and in Germany in 2008, he was recognized as a poisonous plant. In Europe, this species has arrived as a gift to Russian Emperor Alexander I, the Austrian foreign Minister Metternich.

On 6 November it was reported that in the Moscow region began fining the owners who do not struggle with Hogweed. According to the law of November 1, 2018, owners are required to deal with this kind of plants on their territories.

8 October it was reported that the issue of combating Hogweed were submitted for public discussion in the Republic of Komi. In mid-August, the Moscow region Duma adopted the law on the mandatory suppression of Sosnowski’s Hogweed in Moscow region.