Moscow. 22 Nov. INTERFAX.RU the CIA has a record of a telephone conversation in which the Saudi crown Prince Mohammed bin Salman personally demanded “silence” the journalist Jamal Kalkaji, writes on Thursday the newspaper Hürriyet, citing its own sources. 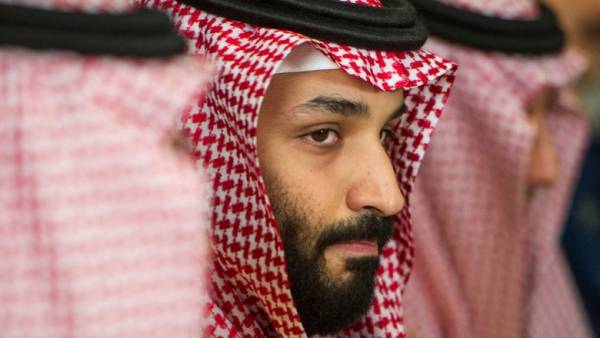 According to the newspaper, the CIA Director Gina Haspel during his visit to Ankara in October, “hinted” that there is a recording of a telephone conversation between the crown Prince of Saudi Arabia and his brother Khalid bin Salman, who holds the post of Ambassador of Saudi Arabia to the United States.

On the recording you can hear the crown Prince demanded “to silence Jamal Hackage as soon as possible”, the newspaper Hürriyet. In a telephone conversation, the parties discussed the “discomfort” that creates Kalkaji his criticism of the leadership of the Kingdom.

He noted that the international investigation of this case if it started, “could reveal shocking evidence because the CIA has a lot more recordings than this is known to the public.”

In Saudi Arabia killed another journalist

Journalist Kalkaji disappeared on 2 October during a visit to Consulate General of Saudi Arabia in Istanbul. The representatives of the Kingdom at first insisted that he left the Consulate alive. However, on 19 October in Riyadh still recognized that the journalist was killed inside the building.

Earlier, the American newspaper the Washington Post published information on the findings of the CIA, under which the responsibility for the murder of journalist Kalkaji lies with the Saudi crown Prince Mohammed bin Salman.

In Riyadh, these messages denied, calling them “baseless”. In addition, the Minister of foreign Affairs of the Kingdom Adel al-Jubeir said that Saudi Arabia “will not allow anyone ever tried to hurt the leadership” of the country.