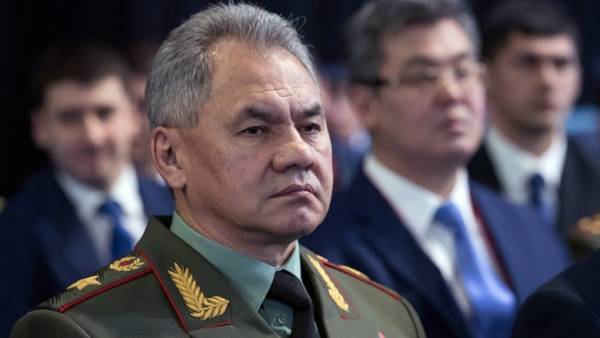 The Minister of defence of the Russian Federation General of the army Sergei Shoigu expressed his condolences to the families of the deceased on Tuesday the chief of the Main intelligence Directorate of the General staff of armed forces Colonel-General Igor Korobov, told reporters on Thursday the Russian defense Ministry.

“Defense Minister army General Sergei Shoigu on behalf of the leadership of the military Department expressed condolences to the family of Colonel-General Igor Korobov V.”, — said the defense Ministry.

Korobov was born on 3 August 1956 in the city of Vyazma in Smolensk region. He served in the armed forces since 1973. After graduating with honors from the flying branch of the Stavropol higher military aviation school of pilots and navigators of air defense named after Marshal of aviation V. A. Sudets served in fighter aviation regiment.