Meteorite blamed in the destruction of ancient near Eastern civilization

Scientists have collected evidence that 3700 years ago, the explosion of the cosmic body in the atmosphere destroyed the settlements on the territory of modern Jordan. Was destroyed everything within a radius of 25 kilometers. People returned to these places only after six or seven centuries. 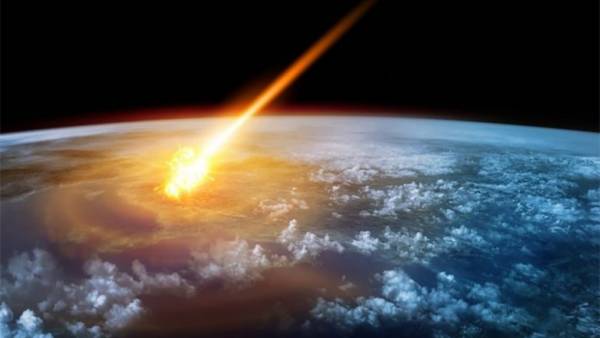 The results are presented in the report at the annual meeting of the American schools of studies of the East (American Schools of Oriental Research).

Excavations in the plain of Average WTP to the North of the Dead sea in Jordan indicate that for at least 2.5 thousand years there existed a civilization of the bronze age up to the sudden disappearance of 3700 years ago. According to current estimates, in a relatively small area there were from 40 to 65 thousand people.

Scientists claim to have found traces of Atlantis

The researchers conducted radiocarbon Dating and analysis of the minerals found in this area. Data showed that 3700 years ago there was a catastrophic event, which destroyed five relatively large and hundreds of small settlements, and all the locals had to die. The most compelling evidence managed to gather in the remains of the city of tell El-Hammam. Radiocarbon analysis show that almost all the walls of buildings made of mud bricks, suddenly and almost simultaneously disappeared from them, leaving only the stone foundations.

Further evidence of the ancient catastrophe was the turning marks in the glass on the outer surfaces of many fragments of pottery of this period. The study of these pieces showed the presence of crystals of zircon (ZrSiO4), which were formed per second at a temperature of thousands of degrees.

The authors believe that the accompanying cataclysm strong wind bombarded the towns of tiny mineral particles.

The authors compare the probable cosmic event with the explosion of the Tunguska meteorite in Siberia in 1908. No one was killed then because of the small population of the region, but the blast blew down the trees on the territory of 2000 square kilometers.