In five years, he give me 4100 times, almost became the champion and got “Mercedes”. And he loves to watch “Cars” and is able to spend a whole day drawing. But why in a farmer’s family an artist? 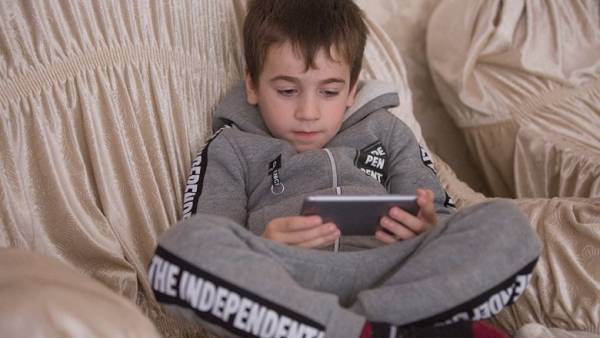 Rahim does not respond to guests. Sitting, buried in the phone, in a huge chair. In a hoodie he looks like an ordinary boy, but, as soon as the photographer, Rahim takes it and leaves a wife-beater. Eyes could not get used to the child with overly developed muscles.

The weight of the boy is 24 pounds, while the norm for his age is 21, but a single gram of body fat not solid muscle.

In response to a request to show what he’s capable of, the boy gets on his hands and starts to rise. It turns out that there is another kind of vertical pushups.

At Rahima has its own page in Instagram, but leads her father. In the comments to photos of a boy called Chechen terminator, Arnold Schwarzenegger and even van Damme — Rahim posted an analog of his most famous photos. Although Hollywood blockbusters boy does not like the comparison with iron Arnie is true also for another reason. Rahimu Kurieuo only five, but he’s just as beefy, laconic and tough. Only when the photographer asks to see the abs, just tilts his head and admires his own press. Any contact with the child takes place through play: he enjoyed driving cars, or compete in arm wrestling, but to speak directly, especially with a girl, boy desires are not manifested.

Every day the boy spends on training two to three hours. In his free time watching cartoons.

Favorite — Cars. Family used, best gift for Rahim is something to do with Makvinom, the main character of the cartoon.

Even Rahim likes to eat, especially dumplings and dumplings.

Of course he, like all children, are not averse to eat sweet, and we don’t deny him — still a little later it will work out in the gym all the calories. Eat lots of fruits and vegetables, says the father of Zelimkhan. In General, the standard diet of a child of five, is that the appetite for his age is excellent.

“Why would I an artist?”

In the family Curieovych a complete set of representatives of the most desired professions: lawyer, doctor, teacher. A professional athlete in the family was not. The younger son Zelimkhan — father Rahim, a farmer. Engaged in agriculture, together with his wife and four children lived on the Snow farm in Rostov region. Home in the Chechen village of Duba-Yurt, come five or six times a year. Zelimkhan in childhood and loved sports, but it was not possible — he grew up in the middle of nowhere, parents were not rich and could not give it to the sports section. He is now the nearest gym is located 140 kilometers, so the equipped fitness area.

— Rahimu was three years old when he began to watch with interest, as I train in the gym. He started for me again. In six months he could easily do three hundred push UPS at a time. To four years — a thousand, — says Zelimkhan.

Mother the boy inherited the ability to draw.

— If you give him a pen and piece of paper, he can spend a whole day for pictures, says mom.

Dad says that for his age, Raheem pretty well: