In Krasnodar rapper Huskies made three of the Protocol

KRASNODAR, November 22 — RIA Novosti. Police arrested rapper Husky (Dmitry Kuznetsov), Krasnodar and made him three protocols, the maximum penalty for each of which the artist faces 15 days in jail, reported RIA Novosti his lawyer Aleksey Avanesyan. 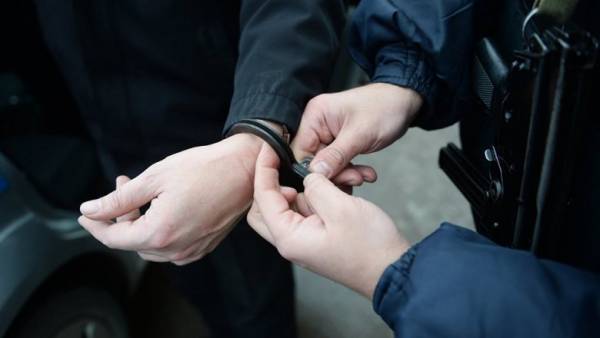 “In respect of the detainee in Krasnodar rapper Husky is composed of three administrative Protocol: the organization of mass stay of citizens in public places, public calls for mass simultaneous stay and (or) movement of citizens in public places (part 1, article 20.2.2 Cao RF), disorderly conduct, coupled with disobedience to the lawful demand of the representative of the authorities (part 2 of article 20.1 of the administrative code), refusal to undergo a medical examination (paragraph 1 of article 6.9 of the administrative code) … the Maximum penalty for each article can be up to 15 days of arrest”, — have informed RIA Novosti news Agency the lawyer of the rapper, confirming the accuracy of the records about this in his Facebook.

The Huskies concert was to be held on Wednesday evening in Krasnodar Arena Hall club. However, in the Krasnodar territory Prosecutor’s office reported that the owners of establishments was made a warning that “for extremism”.

It also noted that the police assigned the Chapter “research on the subject of extremism”. As have informed in supervising Department, the club, as a result refused the event.

As told RIA Novosti Avanesyan, who was present at the incident at club Bounce, which was postponed a concert, turned off the light. The audience, which initially was not allowed in the hall began to greet the rapper. One of those present suggested that Husky sing, allegedly climbed on his car. The rapper climbed on the machine, and after a few minutes she dragged.

Material for persons over 18 years
Show

According to the lawyer, the police later reported that this car belongs to a woman. A request to obtain contact information for redress in the police, as the lawyer said, he refused.

Earlier in the Telegram channels have reported that before the concert Huskies on Tuesday in Rostov police have issued a music tour Manager warning “on preventing extremist activities and violations of the legal requirements for holding a public event”, which he signed. The site Director was asked to leave her. In the end in the hall turned off the sound, and the guards stopped to let people on the ground. Husky had to read the lyrics without a microphone and music. Regional Directorate of the interior Ministry reported that the police drew up administrative protocols for the three participants of the concert, but the perpetrator police officers are no restrictive measures were not applied.

In late October, Husky on his page in social network “Vkontakte” wrote that his concerts are trying to ban in Togliatti and in other cities because of the song “Poem of the Motherland”.

According to the artist, law enforcement authorities allegedly believe that it contains incitement to cannibalism. In addition, according to Husky, his songs also found signs insulting the feelings of believers, Nazi propaganda and sexual debauchery.

Later in office of public Prosecutor of the Samara region has told RIA Novosti that he had not banned the concert of the rapper in Togliatti.